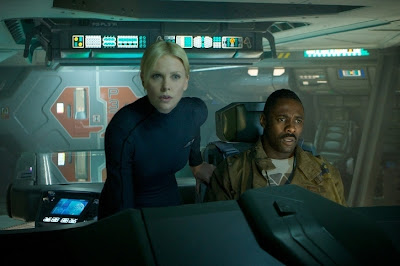 For the first time since The Avengers, a major summer movie has landed where its midnight grosses are actually somewhat relevant.  The hotly anticipated Prometheus, Ridley Scott's kinda-sorta prequel to Ridley Scott's Alien earned $3.56 million in midnight screenings last night.  The math is pretty easy on this one.  It's basically being viewed as a geek-centric sequel/prequel and thus falls into the same boat as heavily anticipated and somewhat niche geek properties.  As such, we're looking at the film having earned between 3.5% and 6.5% of its weekend gross just last night.  That gives Prometheus a probable opening weekend of between $53 million and $100 million.  Realistically speaking, a 5.5% figure is probably where it ends up, giving the $130 million science-fiction thriller a terrific $64 million for the weekend.  Obviously we'll know more in about 10-12 hours.