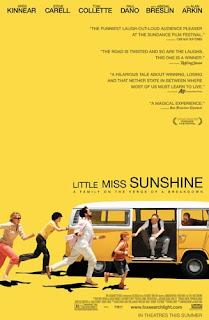 When debating the greater meaning of a given motion picture, often the subject that comes up is who exactly is being represented in a movie? Sometimes it's various minorities complaining about a certain portrayal (for example, veteran role-model Denzel Washington playing a homicidal cop in Training Day) and the ensuing debate on whether that portrayal represents that entire minority as opposed to just that character. Sometimes it's a certain group being annoyed at the inexplicable choice to portray their alleged pain (see Gynneth Paltrow being the stand-in for obese women in Shallow Hal or anyone and everyone from Memoirs Of A Geisha). Then there is the opposite situation, when a filmmaker claims to portray a more general overview of a given situation like race-relations (Crash) or male-female romance war (Closer), which then undermines the films quality as we laugh at how very specific characters are being used to define the broad overview of the issue at hand.

In general, movies that do not strive to encapsulate a whole issue or group of people within their specific narrative are far more successful. Brokeback Mountain was not about every gay man in America, just Jake and Ennis. And Training Day was not representing every corrupt African-American cop in America, just Alonzo. This brings us to Little Miss Sunshine, which is frankly the best family drama/comedy since Thumbsucker. It involves at it's core a very dysfunctional family and their struggles with failure and disillusionment. It does not represent your family. It does not represent my family. It is very specifically about the Hoover clan and only about them.

In brief: The Hoover clan is going through some very tough times. Richard (Greg Kinnear, proving again that he is now and may always be the best actor ever to first be a talk show host) is a failed motivational speaker who is banking on an offhand promise of a book publication deal. Sheryl (Toni Collette, great per usual and on a role after In Her Shoes) is the frustrated and bitter matriarch. Grandpa (Alan Arkin) has recently moved in after being kicked out of his nursing home. Their elder son, Dwayne (Paul Dano) has taken a vow of silence until he joins the Air Force Academy (a goal which is obviously less about flying and more about escaping his clan). Sheryls brother, Frank (Steve Carell, wonderfully low-key and completely at the service of the film) will soon be moving in, as he recently tried to kill himself for reasons best left unexplained here.

Finally, we have Olive (Abigail Breslin), the seven-year old daughter whom the movie eventually revolves around. The main plot involves an accidental qualification into the finals of the California Little Miss Sunshine pageant, which is a beauty pageant for very young children. At the behest of their youngest member, the entire clan hops into their van and takes a road trip that will vaguely remind viewers of the original National Lampoons Vacation. As is always the case with road movies, the destination is always beside the point and the true journey becomes one of internal examination. Of course, what matters is not what the movie is about but how it is about it, and Little Miss Sunshine is a minor triumph as a character study and an acting treat. Everyone here is at the top of his or her game and the story does take a few genuinely unexpected turns.

Aside from the usual themes of family togetherness, enjoying life to the fullest, and appreciating what you have, the film comes into a very specific theme. Each of the most damaged characters finds partial redemption through being admired by someone else. Everyone feeds off of Olive, because she is too young not to worship her parents and those around her. Grandpa in particular finds comfort in his granddaughter, as he knows that she is the only one who still respects him. And even suicidal and despondent Frank finds a friend of sorts in Dwayne, as Dwayne eventually appreciates this one person who views the world in much the same intellectual and cynical terms as he.

Despite it's façade as a bleak and dark artsy-comedy, Little Miss Sunshine is actually an uncommonly optimistic film. It understands, at it's core, that no matter how down and out we are in a given moment, we all look for people who admire us and believe that we are better than we are, if only for the validation and the hope that they might be correct.

Grade: A-
Posted by Scott Mendelson at 1:56 PM No comments: