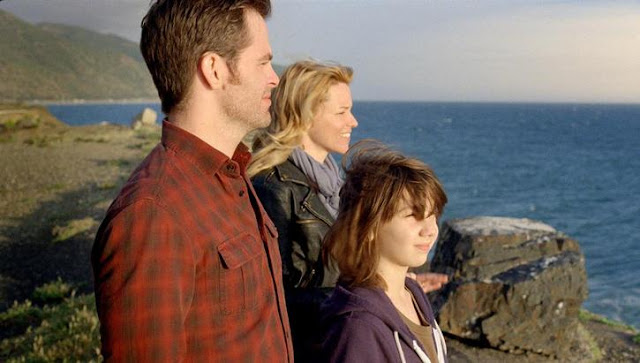 I've written a bit about this over the last couple years, but this weekend is surely as shining an example as anything about how the mainstream film landscape has somewhat self-corrected.  This weekend sees the release of four wide releases.  We have two R-rated films, one a vulgar (but surprisingly smart) comedy about a talking bear and the other a $5 million indie dramedy about male strippers directing by one of our most successful experimental filmmakers.  We've got a bawdy PG-13 comedy aimed primarily at African-American audiences and a PG-13 star-driven drama.  Ted, Magic Mike, Madea's Witness Protection, and People Like Us are all coming out tomorrow in wide release.  What we've seen over the last year or so and what we will continue to see throughout the remainder of 2012 is the return of what can only be called the old-fashioned 'movie'.  In a time when it seems that every week brings another $150 million male-driven action tentpole based on a comic book or action figure series, a glance at the release schedule shows something very different.  Amid the big-budget animated films (which I generally like), the mega-budget comic book films (which are sometimes very good) and the various remakes and reboots, there exists a plurality of old-school, often star-driven dramas, comedies, and often adult-skewed fare being released by major studios on thousands of screens every weekend.  It seems that Hollywood is getting the message that one cannot subsist on a diet of nothing but tentpoles. 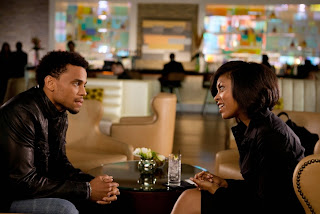 The first six months brought a solid mix of romantic dramas (The Vow, Good Deeds, The Lucky One), star-driven thrillers (The Grey, Safe House, Gone), hard-action (Act of Valor, Safe) and family dramas (Big Miracle, Joyful Noise).  We had comedies good (21 Jump Street), bad (American Reunion) and in-between (Wanderlust).  For every The Raven we had Cabin in the Woods, for every John Carter (Generic Blockbuster: The Movie) we had The Hunger Games (my issues with the film aside, an original sci-fi dystopian thriller based on a novel for young adults).  Sure we had the big-budget sequels (Wrath of the Titans, Journey 2: The Beginning, Ghost Rider: Spirit of Vengeance), but we had a large variety of lower-budgeted, often adult-skewing old-school 'movies', be they good (The Woman In Black) or not-so good (Man On A Ledge).  We had the biggest-grossing African-American centric comedy in history in Think Like A Man and a big-budget period action drama featuring an all-African American cast (Red Tails).  Even as summer gave way to the good tentpoles (The Avengers), the bad tentpoles (Dark Shadows), and the very ugly tent-poles (Battleship), we still had the likes of The Best Exotic Marigold Hotel to keep grownups happy.  A crowded June gave us musical adaptions (Rock of Ages), a big-budget R-rated science fiction film about 'big ideas' (Prometheus), and the aforementioned final weekend with four non-tentpole films going wide in the same weekend.  And it's all uphill from here. 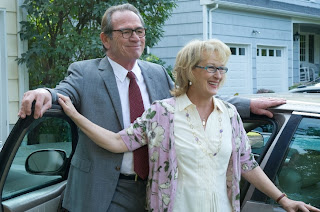 If you don't want to see The Amazing Spider-Man next week, you've got the option of seeing a 3D musical documentary about Katy Perry or, if you're into something very adult, go see Savages, an R-rated drug thriller directed by Oliver Stone and featuring the likes of Benecio Del Toro, John Travolta, Blake Lively, and Salma Hayek.  The rest of July is frankly barren, with just seven wide releases with three on July 4th weekend and two on July 27th.  The Dark Knight Rises (arguably an adult crime thriller, albeit one based on a cultural icon) basically scared everything else away, but August is where summer dies down and you see a real emergence of old-school fare.  Two of the three big action films (The Expendables II and The Bourne Legacy) are basically old-school, star-driven Earthbound action pictures that would have been right at home in the 1990s and 1980s.  Among the August offerings are a kid-friendly comedy (Diary of a Wimpy Kid: Dog Days), a star-driven comedy (The Campaign), a family-skewing dramedy starring Jennifer Garner and  (The Odd Life of Timothy Green), and a couple horror films (Possession and The Apparition).  Assuming you want something a bit more explicitly adult, you have a Meryl Streep/Tommy Lee Jones relationship comedy (Hope Springs) and/or the down-and-dirty bootlegging action thriller Lawless to close out the summer.  Sure you've got the 'all that is wrong with cinema' Total Recall remake, but you simply have to make the choice to not see it on August 3rd. 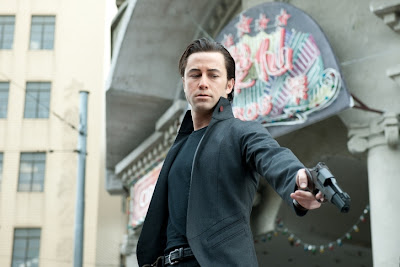 September is crowded to be sure, but littered among the video game sequel, the needless comic book reboot, and the 3D animated reissue are another prohibition-era action thriller (Gangster Wars), a star-driven suspense thriller (Jennifer Lawrence's House on the End of the Street), and the Brad Pitt-starring politically-conscious crime drama Killing Them Softly.  There's also an honest-to-goodness drama (The Words) a genuinely original science-fiction action drama (the allegedly quite good Bruce Willis/Joseph Gordon Levitt time-travel thriller Looper), and a Clint Eastwood drama about baseball (Trouble With the Curve).  October brings mostly genre fare, but for every Frankenweenie there is an adult-skewing Taken 2.  For every franchise horror sequel (Paranormal Activity 4) there is an original horror film (Sinister).  For every needless video game sequel (Silent Hill: Revelation 3D) there is a 1970s-set historically-based drama about an untold story surrounding the Iran hostage crisis (Ben Affleck's Argo).  Alex Cross and/or Taken 2 may end up being terrible, but they will be terrible in a specifically old-fashioned way that hearkens back to the old-school 'movie' that we took for granted in the 1990s and that basically disappeared post-2001.  Oh, and you've got an incredibly ambitious, $100 million, R-rated and star-filled (Tom Hanks, Halle Berry, Susan Sarandon, Hugo Weaving, Hugh Grant) science fiction film by Lana Wachowski,  Andy Wachowski, and Tom Tyker that has an R-rating to go with it (eat that, Prometheus).  With a lineup like that, I don't care if Dredd is terrible or whether Frankenweenie restores any of Tim Burton's lost luster. 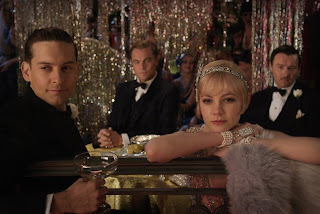 The last two months of the year follow suit, with a genuine mix of 'tentpole' films and pure 'movies', be they pulpy genre films or ambitious adult fare.  Balancing out two (pretty promising, natch) animated films (Wreck It Ralph and Rise of the Guardians), a needless Red Dawn remake, and the Twilight series finale (which is only a 'tentpole' by virtue of the somewhat unexpected success of its first installment), comes a new James Bond film by the director of American Beauty, Ang Lee's mysterious Life Of Pi, and Robert Zemeckis's return to live-action, a Denzel Washington vehicle that is an honest-to-goodness character study (Flight).  David O'Russell follows up The Fighter with The Silver Linings Playbook and Parental Guidance Suggested allegedly delivers a comedy fix over Thanksgiving weekend.  December, as always, starts out small but goes crazy over the last two weeks of the year.   Playing the Field may or may not be a conventional Gerald Butler romantic comedy (albeit one that features Uma Thurman, Catherine Zeta-Jones, and Judy Greer).  And we can all debate how to judge The Hobbit, as the Lord of the Rings trilogy both ushered in a decade of non-stop tentpoles while serving as a shining example of doing them correctly.  But Les Miserables is an all-star adaptation of one of the most beloved stage musicals of all time, and The Great Gatsby may be one of the great gonzo success stories (or failures) of the would-be Oscar season.  Add the old-school star-driven crime thriller Jack Reacher (starring Tom Cruise), Quinten Tarantino's Django Unchained, Katheryn Bigelow's sure-to-be-interesting 'Hunt for Bin Laden' movie and Judd Apatow's This Is 40, and you have a year-end collection of both varied and possibly terrific fare that generally doesn't fall under the big-budget super hero category.

Some of these films will be very good while others may be very bad.  Some of these films are arguably 'prestige pictures' but most are just unapologetic character dramas, star-driven comedies, and/or white-knuckle thrillers. They are all generally the kind of old-school 'movie' we all claim Hollywood doesn't make anymore.  This year there are in fact more what we say we want than what we say we don't.  We may like to say 'they don't make 'em like they used to'.  That may have been true for a time, but it's not true anymore.

You're absolutely right, even if some of these movies are terrible, they type of films this year have been refreshing. As far as end of the year films, I'm looking forward to Joe Wright's "Anna Karenina." I've liked all of his movies but "The Soloist," and am possibly the only person who thinks "Atonement" is a truly transcendent, horribly underrated film. Just judging from the trailer, AK looks quite original and mildly experimental visually. I'm glad Hollywood is expanding the variety of their output, though that puts the onus on us as a film-loving audience to support these films. Thanks for pointing out this trend calling attention to these films.

Wow. Totally did not know about the Wachowski film. Its amazing that you are hearing nothing about this $100m film called Cloud Atlas on IMDB. It's not even listed under Tom Hanks' IMDB page, but I found it under the Wachowski page with very little information. How could they hide something that has this many starts and not be doing teasers or anything? It's alomst July already.

I have just downloaded iStripper, and now I enjoy having the best virtual strippers on my taskbar.