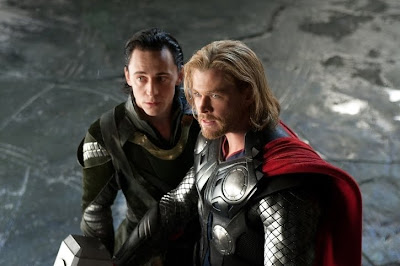 It's a $65.7 million weekend for Thor (review), giving the Marvel adventure pic a solid 2.6x weekend multiplier. It's kinda scary how accurately we can now predict opening weekend grosses just based on the midnight number, but the math once again worked (Thor did 5% of its weekend gross via Thursday midnight sneaks, per usual). Anyway, Marvel was successful at keeping expectations low, saying that anything over $60 million would be a win. And it more-or-less is. The film played heavily 3D, which meant higher ticket prices and the like. I heard plenty of anecdotal stories about moviegoers unable to find a convenient 2D location, which may be part of a depressing trend as the 'summer of 3D' unfolds. But the film had a solid weekend multiplier (if you discount the $3.25 million worth of midnight sneaks, the film's Friday and Saturday figures were pretty even) and decent word of mouth. It earned a B+ from Cinemascore, with an A from those under 18.

As far as 'official' summer kick-off films, well, Marvel has pretty much dominated this key piece of real estate for the last nine years (since Spider-Man in 2002), and they already have the next two summer kick-off slots (The Avengers next year and Iron Man 3 in 2013, to say nothing of probably Thor 2 in 2014 and possible The Avengers 2 in 2015 and on and on and on). For what it's worth, this $66 million debut was actually the lowest summer kick-off since the 2004-2006 blahs (Van Helsing made $54 million in 2004, followed by Kingdom of Heaven's $19 million debut and Mission: Impossible III's $48 million opening). Those three years are of course the only ones since 2002 where a Marvel comic book adaption did not launch the summer. So while this film had a lower opening number than The Mummy Returns ten years ago (which scored $68 million and officially kicked off the next ten years of insane opening weekends), it also had a higher debut than Hulk ($62 million in 2003), Fantastic Four ($56 million), Fantastic Four: Rise of the Silver Surfer ($58 million), The Incredible Hulk ($55 million), and the first X-Men ($54 million way back in 2000).

It's also a bigger opening than any DC Comic movie other than The Dark Knight. It opened larger than Clash of the Titans ($61 million), whose $493 million worldwide number seems a good comparison point for Thor's final take (Thor already has $242 million worldwide). For the record, this film was never going to approach the $100 million+ takes of Spider-Man or Iron Man. Spider-Man was a long-awaited adaptation of a national institution that capitalized on post 9/11 patriotism. Iron Man had a beloved leading actor and a much more palatable 'real-world' narrative that was a much easier sell than this over-the-top tale of Norse gods and rainbow bridges. It's ironic that three years ago, many of us thought that Iron Man would open to about $65 million, not $102 million while we now have to explain why Thor opening to $65.7 million is a decent result. Anyway, another hats-off to Paramount, who have been batting 1000 for most of the last decade when it comes to opening challenging franchise properties to massive numbers (even with their best efforts this time around to make the movie look really bad). It will be interesting to see if Disney is as successful with the Marvel Universe when they take over distribution next year. Laugh if you want, but Paramount would have opened The Sorcerer's Apprentice to much more than $17 million. And Paramount owes Sony a box of chocolates. If not for their meddling, Sam Raimi's Spider-Man 4 would have kicked off the summer this weekend, relegating Thor to just another summer blockbuster. 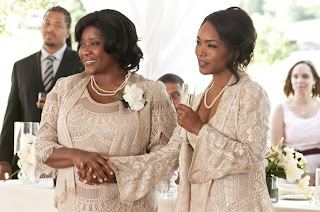 There were two other wide openers this weekend, both of which had solid debuts. Jumping the Broom, a wedding comedy dealing with class issues within the African-American community, opened with a terrific $15.1 million, doubling its $6.6 million budget, scoring a huge 3.6x weekend multiplier, and snagging an A from Cinemascore. Frankly, there used to be a decent number of low-budget African American family dramas in the late 1990s/early 2000s (think The Wood), but they seemed to die out once Tyler Perry roared onto the scene in 2005. You'd think that Hollywood would try to copycat his success, but form some unknown inexplicable reason that I can't possible fathom, they have generally not tried to replicate his formula. Anyway, hats off to TriStar for scoring a huge profit on this one, with the hope that more will follow suit. 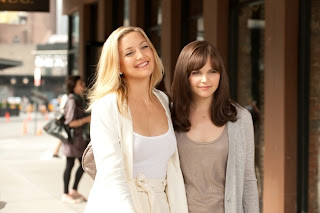 Something Borrowed was another attempt at counter-programing, based on the false/sexist notion that girls hate big action pictures and would instead flock to a romantic comedy on principle. Ironically, I'm pretty sure that Thor ends up being the more overtly feminist picture of the two. Anyway, the critically-savaged film still scored a decent $13.9 million, a lesser 2.9x weekend multiplier, and a B from Cinemascore. It's not a terrible opening, as Kate Hudson as the top-line opener has never topped $16 million (The Skeleton Key back in summer 2005). Still, the film cost $35 million and may struggle to make it back. There were a whole bunch of limited debuts this weekend, but the only one most of us care about is The Beaver (review). The Mel Gibson/Jodie Foster drama opened with $107,577 on 22 screens, for a mediocre $4,890 per screen average. Say what you will about Mel Gibson, but this dark and weird little family drama with a terrible trailer was never going to be a big hit or revitalize Gibson's status as a box office draw. It expands on May 20th, for those curious enough to put aside their personal misgivings about the leading man. 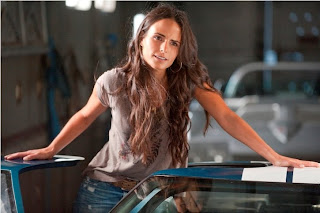 In holdover news, the big tragedy was the huge 62% plunge for Fast Five (review). Yes, the Fast/Furious series is known for their big second-weekend drops and they lost their IMAX screens this weekend, but Fast Five is a far superior picture to the previous four, yet it suffered the same quick-kill fate. Point being, if actually making a better film in a long-running franchise (one that is accessible to newbies no less) isn't enough to get box office legs, what exactly is the incentive to make a good film? Anyway, the picture pulled in $32.5 million on its second weekend and still has $139 million in ten days, or just $6 million less than the original's domestic total. It should surpass Fast & Furious's $155 million total next weekend and will likely end at $180 million. It has already grossed $324 million worldwide, so my concern is more about principle than actual financials.

There isn't too much else to report in holdover land. Hoodwinked Too crashed 50% in weekend two, and it will be lucky to cross $10 million at this point. Source Code and Insideous both topped $50 million, Rio is at $116 million and catching up to Rango ($120 million), and Madea's Happy Family is at $46 million. Join us next weekend for the release of Universal's Bridesmaids (an all-star female-driven comedy produced by Judd Apatow) and Sony's Priest (cut to PG-13 and 87 minutes long = surefire winner!). Until then take care and keep reading.