How 2001 was a film game-changer II: When international box office exploded and America became just another territory. 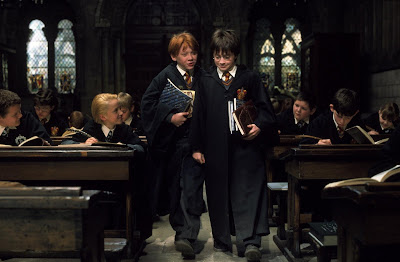 This is one of a handful of essays that will be dealing with the various trends that were kicked off during the 2001 calendar year, and how they still resonate today.

Over the weekend, something curious happened.  The box office pundits were hand-wringing over the alleged box office failure of Disney's Pirates of the Caribbean: On Stranger Tides.  Its crime (aside from being terrible) was failing to open above $100 million over its three-day Fri-Sun opening.  As I discussed two weeks ago, the opening weekends of 'major' movies have skyrocketed over the last decade, in both quantity (how many movies opening $60 million or more) and quality (the sheer amount of those massive weekends).  So we have reached a point, just nine years since the first $100 million opening ever, where a $90 million haul is considering 'disappointing'.  But what most box office pundits weren't paying attention to was the international number.  In just five days, Pirates of the Caribbean: On Stranger Tides grossed $346 million worldwide, far surpassing its alleged $250 million budget and setting the film on the course for massive profitably.  It is just another example of how, when it comes to tent pole franchise pictures, the domestic market is merely that: just another market.  It was a slow crawl that started in 2001 that climaxed this year, a summer movie season where the domestic market is all-but irrelevant for the big summer blockbusters.

Out of the top 30 biggest-grossing global box office hits, 24 of them were released just since November 2001.  Titanic was the only film prior to 2003 to gross $1 billion worldwide.  Until 2009, there were only three such grossers, now there are seven.  Of the 79 (soon to be 81 or 82) films to have grossed $500 million worldwide, just sixteen of them were released prior to November 2001.  What we have seen over the last ten years is an absolute explosion of earning potential in the form of overseas dollars.  It was hinted by the massive success of Star Wars Episode One: The Phantom Menace (that 'much-loathed' film was the third film in history to gross $900 million, after Titanic and Jurassic Park) in 1999.  And it was cemented at the end of 2001, with the twin blockbusters Harry Potter and the Sorcerer's Stone ($974 million) and Lord of the Rings: The Fellowship of the Ring ($870 million).  Point being, this was a new age, where a major film could expect its foreign box office to equal, if not double or triple its domestic take.

Sure, even in the 1990s, there were certain films did more than 2/3 of their worldwide take overseas (Goldeneye, Die Hard: With a Vengeance), but it was a newsworthy event back in the day.  Most of the time, a film was successful if it approached a 50/50 split.  Now, 60-70% overseas box office is all-but expected for tent pole films. But spurred on by the massive international grosses of the Harry Potter saga, the Lord of the Rings trilogy, the Spider-Man series, and the Pirates of the Caribbean franchise, studios realized over the last decade that the sky was truly the limit when it came to overseas grosses for mega-budgeted tent poles.  Now a $250 million domestic gross wouldn't mean hoping for $500 million worldwide, but hoping if not expecting a $750-800 million global take (Inception pulled this off last year).  Angels and Demons grossed 73% of its $486 million 2009 worldwide take in foreign markets, as did Troy with its $497 million gross in 2004. 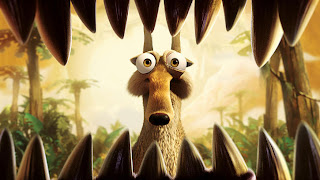 Last year saw a number of overly-expensive summer flicks (Prince of Persia, Robin Hood, Sex and the City 2, Shrek: Forever After) that became profitable despite (relatively) disappointing domestic grosses by nearly doubling or actually doubling their domestic take overseas.  The Chronicles of Narnia: Voyage of the Dawn Treader grossed $104 million in the United States, but tripled that in foreign markets with a colossal $310 million foreign take, ensuring solid profitably and likely saving the Narnia franchise from extinction.  Resident Evil: Afterlife nearly quadrupled its $60 million domestic take overseas, earning 79% of its $296 million global take in foreign markets.  20th Century Fox, a studio that plays the overseas game better than anyone else, scored two years ago Ice Age: Dawn of the Dinosaurs, a film that didn't even top $200 million domestic but now sits as the fourth-biggest foreign box office haul in history with $690 million overseas.  With numbers like that, who needs the US market anyway?
And so here we are in 2011, where big summer blockbusters routinely open overseas BEFORE they open in America.  Thor and Fast Five both opened in foreign markets prior to their US debut, and Russia will be getting Transformers: Dark of the Moon a full week before America does.  It's been a slow process, but the reliance on overseas markets is now to a point where the domestic box office is but a small part of a much larger box office story.  And it is also one of the reasons why the last ten years have slowly become a never-ending parade of big-budget fantasy spectacles that rely less on dialogue and more on special effects, better to translate around the world.

If Pirates of the Caribbean gets a fifth entry, if Chronicles of Narnia: The Magician's Nephew gets a green light, and/or if Shrek eventually returns in Shrek: the New Beginning, it won't be because of the domestic dollars.  It will be a complete triumph of foreign box office, a process brought to us by Frodo Baggins and the boy who lived ten years ago and continued through the exploits of Jack Sparrow, Peter Parker, and millions of foreign-based filmgoers who spent the last decade flocking to American movies in record numbers.

Email ThisBlogThis!Share to TwitterShare to FacebookShare to Pinterest
Labels: 2001 Look Back, 3D, Chronicles of Narnia; Voyage of the Dawn Treader, Harry Potter and the Deathly Hallows, lord of the rings, Pirates of the Caribbean: On Stranger Tides, Shrek Forever After

I'm a huge fan of your in depth analysis on topics like this Scott. Keep it up!