Transformers: Dark of the Moon gets a poster. Plus a word about science fiction and holiday weekends. 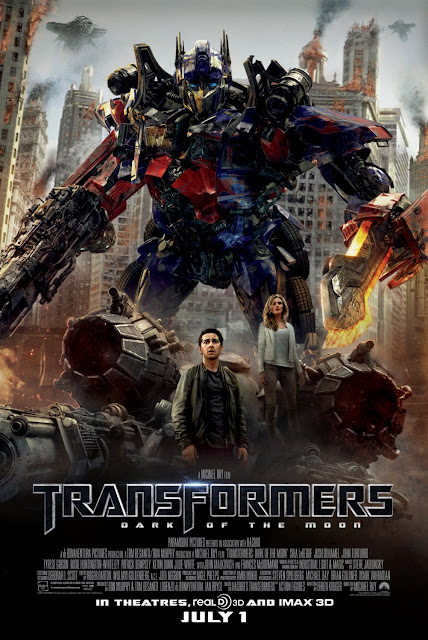 Not much to add here, but it is a little unusual that Transformers is three films in and had yet to have a normal, stand-alone three-day weekend.  Even this picture, the first to open on a Friday, still has the Fourth of July for its holiday Monday.  It's not a complete separation, in fact it's actually a pretty common pattern for big sci-fi franchises.  The Matrix films opened on a Wednesday, a Thursday, and then on a Wednesday.  The Lord of the Rings pictures of course all opened on the same pre-Christmas Wednesday.  Raiders of the Lost Ark is the only Indiana Jones picture to open on a Friday (a non-Holiday no-less).  And the Star Wars franchise had three Wendesday openings (Star Wars, Return of the Jedi, and The Phantom Menace) and three Thursday openings (The Empire Strikes Back, Attack of the Clones, and Revenge of the Sith).  So hmm... maybe it's the Friday opening that's unusual after all. Although, out of nine Star Trek films, only Star Trek IV: the Voyage Home opened on a non-Friday (it was the Wednesday of Thanksgiving day weekend).  Anyway, enjoy the poster and the random trivia.