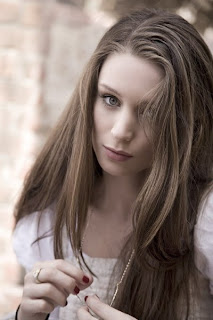 The Girl With the Dragon Tattoo was a B-movie that played like a 2.5 hour episode of Law and Order: Special Victims Unit (not even peak seasons 3-7). It was elevated to something considered high art because it had subtitles and had a somewhat more overt sexuality than most American cinema. We are so starved for interesting female characters that we elevated Lisbeth Salander to some kind of fem-super hero/empowerment figure purely because she was a little more interesting and had more back story than the stock female love interest. To paraphrase Aaron Sorkin, we are so thirsty for water than we'll drink the sand. Take away the overt sexual content, and The Girl With the Dragon Tattoo remains a perfectly entertaining, if overlong and plodding, diversion for an evening rental, the kind of thing that Paramount used to toss out with regularity in the mid-to-late 1990s. So what does it mean that David Fincher has cast Rooney Mara to portray the iconic character in the American remake?

As for Mara, she was frankly quite gorgeous but a relative blank slate in A Nightmare On Elm Street, but that's no fair measure of anyone's acting skills. Not even Kyle Gallner, Clancy Brown, or Connie Britton survived that misfire of a remake, and Jackie Earle Haley (through no real fault of his own) may have derailed his comeback as a result of the critical/audience blowback. Since it happened to have arrived in the mail on Saturday, so I watched Dare this evening. It's got Mara and Emmy Rossum for me, and Alan Cumming for the spouse (everybody wins!). Mara basically plays 'the best pal' of lead Rossum, nothing much to write home about either way. I will hold off judgment until I see what she can do under Fincher's direction in The Social Network. The Girl With the Dragon Tattoo wasn't anything special (will watch the sequels as they come out on Blu Ray), so I really don't care if the remake improves or sullies the original.