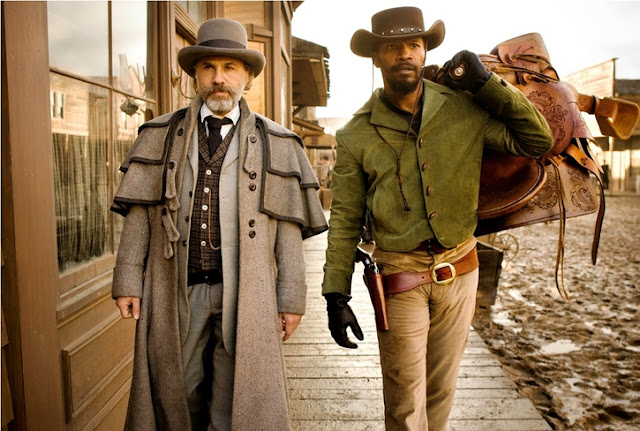 It's frightening sometimes how accurate the math can be.  Before this year, there were only a handful of movies that have opened on a Christmas day that happened to land on a Tuesday over the last decade (Ali and Kate and Leopold in 2001, Alien vs. Predator: Requim, The Great Debaters, and The Waterhorse).  Ali, AvP2, and the Denzel Washington drama The Great Debaters were pretty front loaded ($10m/$34m and $9.5m/$26m, and $3.5m/$13m respectively) while the smaller films (Kate and Leopold and The Waterhorse: Legend of the Deep) had smaller opening Christmas days but longer legs over the six days ($2.5m/$17m and $2.3m/$16.7m).  I use these prior examples because the three major wide releases this weekend pretty much matched up those patterns to a tee.  So when I tell you that Les Miserables opened on Christmas Day to $18 million but did "just" $28 million for the weekend and "only" $66 million for the six-day holiday (a 3.67x weekend multiplier), that doesn't mean anything other than it played like a normal high-profile film that happened to have opened on Tuesday the 25th.  Or that Django Unchained pulled in $64 million off a $15 million Christmas Tuesday opening, that means that it's actually the biggest legs of any would-be blockbuster to open on this specific Tuesday the 25th date (4.2x weekend multiplier).


Yes Django Unchained was the top new release over the Fri-Sun portion of the weekend, earning $30 million over the weekend and $64 million since opening on Tuesday.  For a 2.75 hour R-rated theoretically divisive western, this is a fantastic debut.  Heck, this is the third biggest opening for a western in modern history, behind the $36 million Fri-Sun debut of Cowboys and Aliens and the $38 million debut for the animated Rango.  Considering the third-highest grossing western is the $123 million grossing Rango, Tarantino's slavery epic is pretty much assured of becoming the third biggest such title in box office history (not adjusted for inflation of course).  Now the films that opened on Tuesday the 25th tend to have awful legs (anywhere from 1.5x to 2.5x the 6-day number) since they only get one week of holiday play instead of two. So reaching the $171 million final domestic cume of True Grit or the $183 million final of Dances With Wolves is not certain.  Although none of the prior Tuesday the 25th films were Oscar contenders (yes Will Smith was nominated for Ali, but the nomination was its own reward), something that gives Django Unchained and Les Miserables a major advantage at breaking the pattern (Parental Guidance not so much). 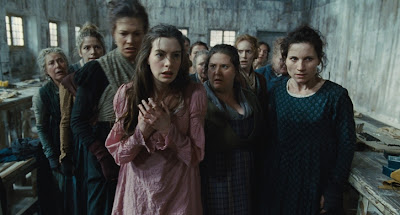 Speaking of Les Miserables, no slouch was she, scoring a massive $67 million over six days and earning $116 million worldwide in nine days of global release. It's $18 million Christmas day opening is not only the second-biggest Christmas day opener (behind Sherlock Holmes's $24 million) but nearly outgrossing Nine ($19 million) in one day. It earned $28 million over the Fri-Sun portion of the weekend, giving it the fourth biggest Fri-Sun musical debut of all time, behind The Muppets ($29 million), Enchanted ($34 million), and High School Musical 3 ($42 million).  It had a bigger Fri-Sun debut than Hairspray and Mama Mia! (both $27 million) and has already surpassed the domestic totals of The Phantom of the Opera ($51 million), Sweeney Todd ($52 million), Rent ($29 million) and Rock of Ages ($38 million).  If it can just get past $145 million (a 2.11x multiplier), it will surpass Mama Mia! to become the third-biggest movie musical.  Again, Oscar strength will play a part in legs and whether it can catch up to Chicago ($171 million) and Grease ($188 million, including various releases).  Since Anne Hathaway is all-but-certain to win the Best Supporting Actress Oscar while Leonardo DiCaprio and Samuel L. Jackson will merely hope for nominations for Best Supporting Actor, I'd give Les Miserables the advantage for legs, as well as the possibility of hardcore fans who liked the film more than I did engaging in repeat viewings.

Parental Guidance had the best legs of the holiday weekend, which makes sense as it wasn't a 'rush out and see it' picture.  It earned $29.5 million for the six-day opening, including $14.8 million for the Fri-Sun portion, giving it a solid 4.5x multiplier.  Legs will theoretically be non-existent, but don't count out general moviegoers who don't want lengthy Oscar bait and don't care for the heavily horror/action-centric January releases.  It's already outgrossed the mere $18 million cume of Monsters Inc. 3D.  Normally this would be an epic fail, and it's not encouraging for future 3D Disney reissues (although I still think The Little Mermaid is a bigger deal than something like Monsters Inc.).  But if Monsters University does expectedly massive business this June, the reissue could merely be treated as a marketing expense.  The main limited release was Promised Land, the Matt Damon-fronted Gus Van Sant drama about small-town fracking.  The film debuted with $190,000 on 25 screens, not a strong performance.  It's scheduled to go wide next weekend, and this platform opening was purely about Oscar consideration, although it faired poorly with so many adult options available in wide release.  Speaking of which, Lincoln will end the holiday not only with $130 million but as 2012's top-grossing straight drama. 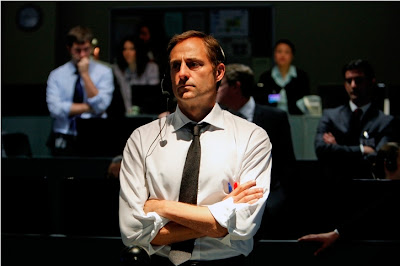 But the top film of the weekend was once again Lord of the Rings Episode One: An Unexpected Journey.  The Hobbit part I of 3 earned a solid $32 million, down just 10% from last weekend's pre-Christmas bounty.  The film has grossed $222 million in the US and $622 million worldwide.  Since Warner Bros saw fit to open it five days earlier than the other three Lord of the Rings pictures, it's tougher to do direct comparisons.  But just doing respective 'after three weekends' totals, it's well below The Two Towers ($261 million) and Return of the King ($290 million) but still ahead of Fellowship of the Ring ($205 million).  For what it's worth, it's already out-grossed King Kong ($205m/$550m) and is tracking well-ahead of I Am Legend ($194 million by this point). Zero Dark Thirty dropped 23% in weekend two, which isn't great but means little as the film will go wide on January 11th anyway.  The would-be Oscar frontrunner (which it should be repeated, does not endorse or condone torture on a moral or practical level) has now earned $1.3 million on five screens. The Silver Linings Playbook finally expanded this weekend, playing on a whole 745 screens over a month in.  The film earned a decent $4 million for a solid if unspectacular (for now) $27 million cume.

In other holdover news, Jack Reacher held well, dropping 10% for a $14.5 million second weekend and a $44 million cume.  It should be at $60 million by the end of next weekend with a solid shot at $75 million depending on competition from The Gangster Squad and The Last Stand.  It's no home run, but the budget was kept to a reasonable $60 million and overseas may well play huge.  Rise of the Guardians is at $90 million domestic while Skyfall hit $1 billion worldwide today. The surprisingly good This Is Forty rose 14% for a second weekend of $13 million and a domestic cume of $37 million.  It's not a smash hit along the lines of Knocked Up, it will surpass the $51 million gross of Funny People while costing a lot less to produce. The Impossible now has $485,000 after increasing its second weekend take by 18%.  The film goes wide next month and *could* be a mainstream single for Summit/Lionsgate.   In the realm of little Oscar contenders that couldn't, Anna Karenina crossed $10 million and Hitchcock (one of the year's worst films, natch) earned $5 million.

That's it for this weekend and for this year.  In the meantime, catch up with my ongoing year-in-review pieces (HERE). Join us next weekend for a few expansions and the wide release of Texas Chainsaw 3D, which will attempt to recapture the "magic" of The Devil Inside, which opened to $35 million and was loathed by everyone who saw it.  Good luck...