Playing For Keeps versus... well everything that's already out in John Gosling's weekend movie preview (12-07-12). 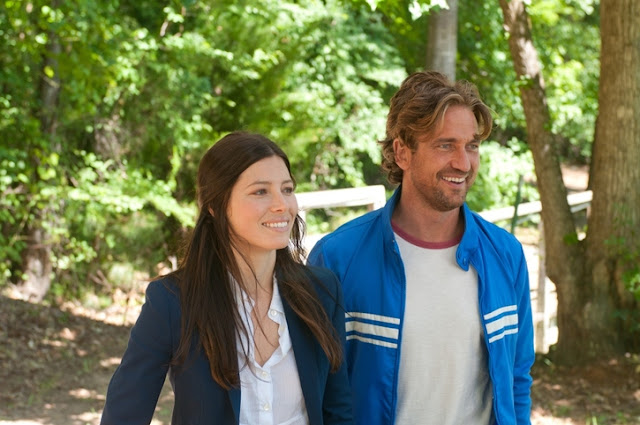 The first weekend in December is generally noted as being one of the quietest of the entire cinema-going year. Studios are loathe to see a major release lost to people opting to get their Christmas shopping started (or finished). In 2011, there wasn't a single wide release on this weekend, while 2010 saw The Warrior's Way, which vanished as quickly as it had appeared. This year is no different, with just one solitary release in the guise of romantic comedy, Playing For Keeps. The story follows George, an ex-soccer player who returns home and ends up coaching his son's team, while at the same time trying to get his life back in order. As the new, good-looking guy in town, he finds himself having to contend with the not so pure intentions of the gorgeous soccer mums while attempting to reconcile with his ex-wife, who is about to get re-married. There's also a potentially life-changing job at ESPN in the offing, if George is willing to leave his son behind once more. Director Gabriele Muccino got his start in Hollywood on the 2006 Will Smith drama, The Pursuit of Happyness, but had been directing in Europe a number of years prior that.


He would reunite two years later with Smith on Seven Pounds before signing on to direct what was at that point known as Playing The Field, late in 2010. Working from a script written by Robbie Fox, Muccino began looking to cast the film for an April 2011 start.  Gerard Butler signed on to play George in February 2011, and was soon joined by Jessica Biel, who would play his ex-wife Stacie. The supporting cast were rounded out by Uma Thurman, Dennis Quaid (as another soccer dad) and Catherine Zeta Jones, an ex-sportscaster with links to ESPN. With shooting completed by late May, little was heard from the production until June of this year, when Film District announced the newly-renamed Playing For Keeps would be released in early December. A trailer appeared online in August and was followed up by three featurettes and numerous clips. Butler has seen success in the rom-com genre previously, with P.S I Love You, The Ugly Truth and The Bounty Hunter, but is coming off back to back disappointments Chasing Mavericks and Machine Gun Preacher. Playing For Keeps may benefit from a lack of competition this weekend, but could still find itself left in the cold by an uninterested public.

Catherine Zeta Jones also features in the limited release Lay The Favorite this weekend, alongside Bruce Willis, Vince Vaughn, Joshua Jackson and Rebecca Hall. The film, based on the memoirs of Beth Raymer is set primarily in the world of sports gambling and was directed by Stephen Frears. It received a limited international release earlier this year but despite a big name cast, failed to see more than a million dollars in total global revenue. Chances are this small theatrical release is more about fulfilling a contract stipulation than actually making money. At the time of writing, Lay The Favorite is set to open in 40 or so locations.

Finally this weekend is Hyde Park on Hudson, a comedy drama featuring Bill Murray as Franklin D. Roosevelt and Laura Linney as Margaret Suckley, a distant cousin of the president who would become a close friend. The main focus of the film is a visit by King George VI to Roosevelt's estate (the Hyde Park of the title), it being the first time a British Monarch had ever visited the United States. The trip would have long term implications for both sides, especially with Word War 2 looming.  Roger Michell directed the picture, which shot in mid-2011 and received its world premiere at the Telluride Film Festival in August 2012. Opening at four theaters this weekend to make it eligible for Award contention, Hyde Park on Hudson will see an expanded release in January.

John Gosling
Posted by Scott Mendelson at 11:48 AM