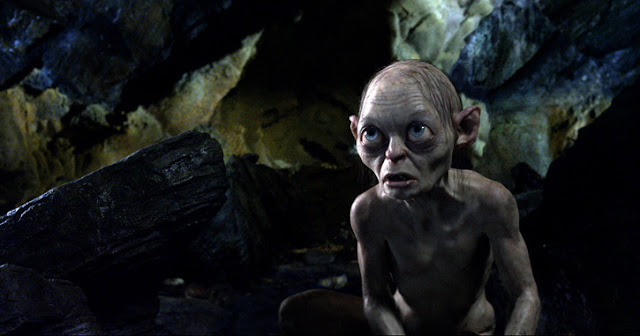 As I have been warning about for months, 10,000 releases all opened in this very weekend, with another 5,000 coming on Tuesday.  Let's just get right into it.  The top film of the weekend was once again The Hobbit: An Unexpected Journey (review), but it actually took a massive dive from last weekend.  The film earned $36 million, or down 59%.  It's tough to compare this to the previous Lord of the Rings films because they all opened on *this* weekend and had the unbeatable holiday cushion to keep them afloat.  Still, the film has $149 million in ten days, or well below the respective ten-day totals of The Two Towers ($168 million) and Return of the King ($190 million) and very much behind where they were at the end of their second weekends (IE - 12 days as they all opened on Wednesdays - $168 million and $200 million respectively).  It's not bombing, but it's already proving that it's not the box office second-coming ala Star Wars Episode One: The Phantom Menace.  Come what may, just with this year's Spider-Man reboot, what was once the biggest franchise of all is now just another large fish swimming in the blockbuster pond.

It's ahead of Fellowship of the Ring after ten days ($129 million) but still lags behind in compared to respective end-of-second weekend totals ($155 million).  In terms of second weekend totals, it's way below the three films, which earned (in chronological order here) $38 million (-18%), $48 million (-21%), and $50 million (-30%).  Of course, the film is no flop.  It'll be over $200 million by the end of next weekend (it's playing like I Am Legend, which closed with $256 million domestic) and it's still doing well overseas ($433 million worldwide), but any hopes that nine years of inflation and the whole 3D/IMAX bump would turn this into an automatic mega-smash are quickly vanishing.  The bigger question, as always, is whether the second film (The Hobbit: The Desolation of Smaug) can even pull up these numbers after a critically disappointing first entry.  It faces the same problem as The Amazing Spider-Man 2.  Sure they mostly showed up the first time, perhaps out of curiosity or goodwill, but will they show up again after being underwhelmed? 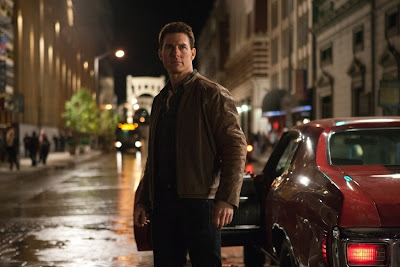 The top new release was Tom Cruise's Jack Reacher (review), which opened to an okay $15.6 million.  It's not a dramatic number, but Tom Cruise isn't generally known for his massive opening weekends, but rather for making solid audience-pleasing films that have large legs and crawl to $100 million (or in the case of Mission: Impossible: Ghost Protocol, $200 million). Nonetheless, it's the lowest opening for a wide release 'Tom Cruise starring vehicle since A Few Good Men way back in 1992.  I still think Paramount was crazy not to open this in one of the relatively empty weeks over the last couple months (like December 7th, natch) as the sheer amount of new product hurt this solid action picture and pretty much every other new release we'll be discussing.  Of course, opening it earlier would have saved it the headache of being somewhat tied to the Newtown school shootings, as it's the first conventional action picture to open since then (ironically, the fact that it takes its violence very seriously may make it less palpable for sensitive audiences).  Come what may, the film cost just $60 million to produce, meaning it should make its budget back domestically by the end of the year if not soon after.  Whether it gets to $100 million is iffy, but it has a chance if it can become the defacto 'big family Christmas movie' of choice, something Les Miserables (a 2.45 hour period-piece musical) and Django Unchained (an R-rated, 2.45 hour carnage-filled western based around slavery) will struggle to be (even though both may eventually make more money).

The next major new release was Judd Apatow's This Is Forty.  The Knocked Up spin-off (starring prior supporting characters played by Paul Rudd and Leslie Mann) opened with $12 million, which is Apatow's lowest debut ever as a director.  It's also one of his lower openings even as a producer, ranking 15 out of 20 wide releases post-2005, and two of the lower openings (Wanderlust and The Five-Year Engagement) also debuted this year.  The R-rated 2.25 hour dramatic comedy received mixed reviews and mixed word-of-mouth and one has to wonder how many couples want to use a babysitter to either A) see a variation on their own thorny relationship problems projected on screen or B) see a family blessed with incredible wealth still bickering about financial issues and/or other potentially petty marital problems.  The film played 57% female and earned a B- from Cinemascore.  Still, the $35 million comedy will likely make its money back over the long haul due to those holiday legs.  I'm being forced to wait until next Friday to see it, as my wife is once again embarking on a journey to that Cinepolis dinner theater. 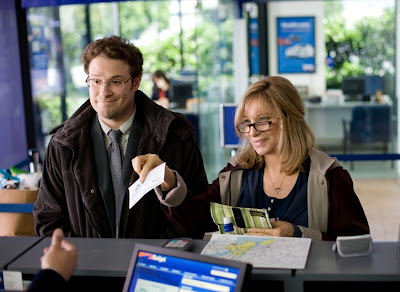 Also bombing this weekend was the Seth Rogan/Barbara Streisand comedy The Guilt Trip, which earned just $5.3 million this weekend and $7.4 million since Wednesday.  Unless this gets an amazing holiday multiplier, which is tough to fathom especially with the Billy Crystal/Bette Midler comedy Parental Guidance opening on Tuesday, this $40 million effort is DOA.  It would seem that the big-screen comeback of Barbara Streisand was more of a curiosity than an actual box office draw.  One wonders if a similar fate awaits Bette Middler. Monsters Inc. 3D made just $5 million over the weekend, giving it $6.5 million since opening on Wednesday.  In just over a year, the seemingly promising idea of re-releasing old Disney films in 3D, emulating the classic 'out of the vault' release strategy before sell-through VHS became a major profit center, has gone up in flames.  Disney was supposed to release this one early next year, but they, for reasons I cannot fathom, snuck this onto the Christmas schedule.  Had they waited until January, they surely would have benefited from being a bigger fish in a smaller pond.  We'll see if The Little Mermaid 3D (due September 2013) can turn the tide or if the whole 3D reissue thing was merely a flash in the pan.

But wait, there's more!  Paramount opened Cirque Du Soleil Worlds Away on 800 "paid preview" theaters to just $2.2 million.  Of course, the bizarre scheduling, two screenings a day and only in 3D in many theaters, probably didn't help.  But counting the David Chase drama Not Fade Away opening in limited release, Paramount has four films opening this very weekend.  Spread your product, guys. There were four major limited release debuts this weekend as well.  First off, we have the wrenching end-of-life drama Amour (review), which earned $70,000 on three screens over Fri-Sun and $100,000 since Wednesday.  The film may get Oscar love for its leads, but it's frankly too grim (and in French) to get much traction outside the arthouse.  The Impossible, a pretty engaging Naomi Watts/Ewan McGregor drama about attempting to survive the 2004 Indonesian tsunami, debuted with well below $9,250 per-screen on fifteen screens for a $138,750 opening weekend.  Again, the film may be Oscar noms for its leads, but I don't see it having much mainstream play.  It's also pretty wrenching, but with at least the potential for a more upbeat conclusion (sorry, no spoilers).  David Chase's aforementioned Not Fade Away earned $19,000 on 3 screens. 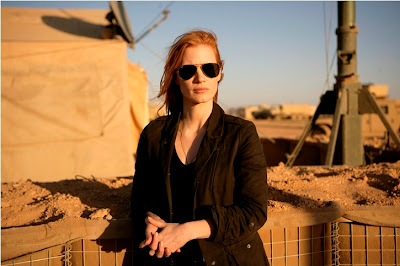 But the big limited debut was the Wednesday-to-Sunday opening for Kathryn Bigelow's superb and stupidly controversial Zero Dark Thirty (review/essay/trailer).  No, it doesn't endorse torture and no it doesn't claim that torture was essential in getting Osama Bin Laden!  I'm sorry the film treats you like an adult and doesn't have a supporting character give a big speech about the moral failings of torture just to make sure you idiots don't misinterpret what is clearly shown onscreen!  Anyway, the film earned $639,000 on five screens, giving it around $127,000 per screen for five days and $82,000 per screen over Fri-Sun ($410,000 over the weekend).  The film opens wide on January 11th, at which point we'll all be tired of talking about it.  In holdover news, it's business as usual.  Skyfall has $279 million (tracking ahead of Inception at this point) while The Twilight Saga: Breaking Dawn II is at $282 million (now tracking ahead of Twilight Saga: New Moon).  The Twilight film surpassed the domestic total for Breaking Dawn I and has grossed $794 million worldwide.  Skyfall has $974 million globally and is racing towards $1 billion worldwide.

Come what may, Rise of the Guardians just won't die, grossing $5.9 million this frame with $79 million after this weekend and making a real go at $100 million, crappy $22 million Fri-Sun Thanksgiving opening be damned (it's at $222 million worldwide and not done yet)!  It may be time for Wall Street to realize that some Dreamworks animated films can overcome mediocre/disappointing openings and still have strong and leggy theatrical runs (see Puss In Boots and How To Train Your Dragon).  Lincoln is at $116 million and should close out the year with around $130 million before the inevitable Oscar glory (it's already plowed past Argo, wrapping up with $105 million).  Life of Pi has $75 million domestic ($235 million worldwide) and Wreck It Ralph has $172 million here and $262 million worldwide.  Silver Linings Playbook is expanding to 700 screens next weekend (finally!), but for now it sits just under $20 million.  And Flight has now crossed $90 million.

Wow... well that's it for now.  Join us next weekend as the year closes out with (deep breath) the wide releases of Les Miserables (review), which earned $4.2 million this weekend in Japan,  Django Unchained (review), and Parental Guidance along with the expansion of The Silver Linings Playbook and the limited debut of Gus Van Sant's Matt Damon 'fracking is bad!' vehicle, Promised Land.