Christmas Box Office: Les Miserables and Django Unchained blast off, but how frontloaded will they be? 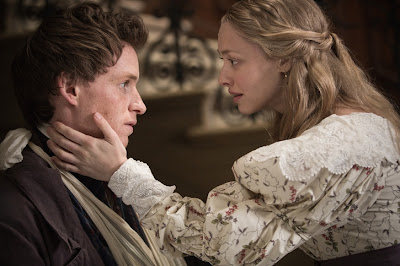 The box office for Christmas day is huge (Les Miserables $18 million, Django Unchained $15 million, The Hobbit $11 million), but the best day may be behind them. The last time Christmas fell on a Tuesday, the major releases (National Treasure: Book of Secrets, Sweeney Todd) opened the Friday before while leaving Christmas day for relative lightweights like Alien Vs. Predator: Requiem and The Great Debaters. I don't recall any recent times when a major film opened on Christmas Day which was a Tuesday (when Christmas fell on a Tuesday in 2007, nothing opened that day) since the severely front-loaded Ali back in 2001.  Looking over those two respective weekends, the pattern is clear.  Even with six days to play with, all three of the above films saw massive front-loading, doing anywhere between 38% (Alien v. Predator 2) and 28% (Ali and The Great Debaters) of their business on Christmas day.  So for the respective debuts of Les Miserables, Django Unchained, and Parental Guidance (which earned $6.5 million), the bad news is that it's probable that none of these films will make more than 3.5x their Christmas number by Sunday, to the extent that it's "bad news".  The outlier among Tuesday Christmas openings is the Meg Ryan/Hugh Jackman rom-com Kate and Leopold, which did 6.8x its $2.5 million Christmas debut by the 30th of December for a $17 million long weekend (it did 15% on Christmas day).  A relative lightweight like Parental Guidance is likely to benefit more than the far-more anticipated (read - front-loaded)  major openers.  So doing the math, Les Miserables and Django Unchained is looking at a six-day opening of $48 million-$63 million and $41 million and $53 million.  Parental Guidance is much harder to peg and could land somewhere between $20 million and $40 million, with obviously a lot of wiggle room in between.