Strictly for kids: In defense of the idea behind The Oogieloves. 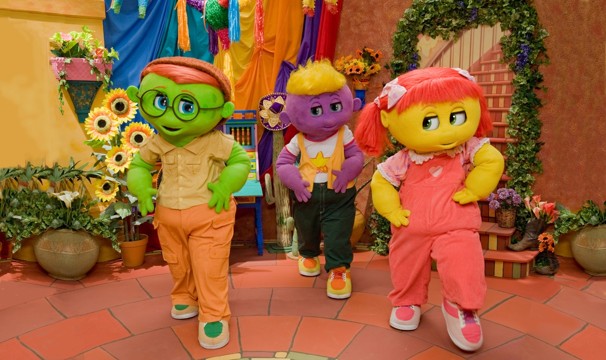 The Oogieloves in the Big Balloon Adventure is officially past tense.  After one of the worst wide-release theatrical performances in modern history, the picture is gone from every one of its 2,100 screens with just $1 million to its name.  Its fate is now that of "ironic" screenings in college dorm rooms and the phrase "pulling an Oogielove" entering our pop culture vernacular.  I have not seen the picture and can't say if I ever will.  But I cannot and will not mock the film because it represents something that has pretty much disappeared from multiplexes over the last ten years.  Scott Stabile wrote a passionate defense of the movie he wrote last week, which you can read here.  I don't agree with every word, but he's tapped into what The Oogieloves in the Big Balloon Adventure tried to be, something that I'd argue is indeed worthwhile: the truly 'for kids' movie.  It wasn't trying to appeal to all audiences, it wasn't trying to secretly be hip enough for grown-ups or 'cool' enough for older kids.  It was merely a movie for young kids, perhaps painfully so.  There is something to be said for a film that was arguably trying to be a kid's first movie.

In the last eleven years or so, the idea of the kid-friendly movie has pretty much disappeared from theaters.  We've had 'all ages' four-quadrant blockbusters that have deigned to serve all theoretical moviegoers in one broad swoop. We look at somewhat violent and/or dark PG-13 fantasies like Iron Man, Twilight, and Transformers as family entertainment purely because we can get away with taking the younger kids along with their older siblings.  To be fair, seeing theoretically age-inappropriate entertainment is arguably a part of growing up.  I still remember, twenty-one years ago, my brother letting me watch Total Recall on Showtime when my parents were out for the evening, thrilled to be watching it but sure that every stray noise was them coming home early enough to catch me (sorry for tattling Brad, but I think the statute of limitations expired a long time ago).  But what was once taboo or seemingly forbidden (films aimed at kids with somewhat 'adult' content) is now mainstream, with the other side of the equation, true 'for kids' live-action films, being forced out of the market.

But lost in the global blockbuster race was the actual 'for kids' category.  The PG rating is all-but extinct in live-action filmmaking and even the G-rating is somewhat rare now for animated films.  Now, eleven years after Shrek, it's almost unheard of for a mainstream feature cartoon to get a G rating (it was a big deal last year when Fox slightly reedited Rio to get a G rating).  Part of this is the MPAA, which seemingly slaps a PG rating on kids' flicks for any remotely thematic elements (why was The Muppets PG again?).  But the studios certainly don't fight it, knowing that a PG rating won't hurt the box office one bit.  With animated features, however excellent they may be (and many of them are) conceived Moreover as four-quadrant mega-blockbusters that squeeze by with a PG-13 are now considered officially 'kid safe', there are few if any actual live-action family films being produced in this current environment.  Content issues aside, the animated landscape is arguably better than ever, with a plethora of high quality animated features to choose from every year.  But the live-action family-film has pretty much vanished, replaced by a Hollywood that just tells young kids to see the same movies that their older siblings are seeing. 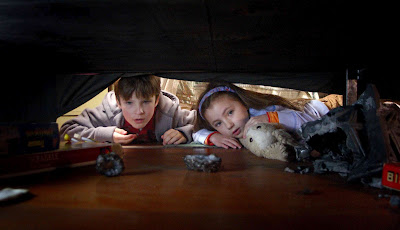 This is perhaps a complicated and even flawed argument.  I don't want to defend an apparent mediocrity like The Oogieloves in The Big Balloon Adventure purely because of what it doesn't contain. And it can be argued that the truly classic family films are indeed the ones that are a little dark, a little violent, or a little scary (think Willy Wonka and the Chocolate Factory or The Dark Crystal).  But one cannot deny that there is something very weird with (random example) Transformers: Revenge of the Fallen being considered all-ages family entertainment and a go-to choice for family viewing on a hot summer day.  And without going into the film's quality, do any of the 'adult' elements (profanity, a rather leering borderline misogynistic sexuality, vulgar humor) make the film better?  Is the inclusion of that material, arguably to appeal to older audiences and make the film feel more 'hip' worth it to the many befuddled parents I've met over the years who complain about not being able to take their six year olds to a friggin Transformers movie because of the franchise's profane frat-boy mentality?  Moreover, as a result of this 'one for all and all for one' mentality, there really are next-to-no out-and-out live-action kids films in the marketplace today.  The likes of the painfully under-seen The Last Mimzy are all-but-extinct. So rare is the out-and-out kids film that I was flooded with inquiries back in April about Mirror Mirror regarding its appropriateness for the young fry (it certainly is, and my daughter liked it a lot more than I did). It would seem the old-school 'for kids' movie has become another victim of studios' 'all tentpole' strategy over the last several years.  Mid-budget adult films are making a comeback, but kids films are not.

It was neat in 1998 when Rush Hour slightly re-edited its profanity to allow what amounted to an R-rated buddy-cop action film to sneak by with a PG-13.  I'd argue that part of its success was the idea that it was offering forbidden fruit to younger audiences, something I'd say applies to certain old-school 'kids films' like The Goonies or The Monster Squad.  But what was an exception in 1998 is now the rule, with clearly R-rated-in spirit films (think Prom Night, Vantage Point, Taken, or The Bourne Legacy) being whittled down to a just-barely PG-13 with few actual 'for kids' films being made.  Now it's unusual when a science-fiction fantasy set inside a computer (Tron: Legacy) ends up with a PG.  How strange that in nine years we've gone from "wow, Disney put out their first PG-13 film under the Walt Disney banner!" (Pirates of the Caribbean: Curse of the Black Pearl) to "Wow, Disney's latest live-action genre entry, a science fiction adventure set inside a computer (Tron: Legacy)  is PG!".  Just last year we were stunned by the idea that Thor, a fantasy adventure featuring Norse gods and rainbow roads, might be 'kid-friendly' (and to its credit, it was absolutely PG in spirit even if it snagged the required PG-13 rating).  While most pundits complain about the lack of adult films, something that I'd argue the industry has started to remedy over the last two years, the other side of that equation is the disappearance of true kids films outside of the animated realm.

The Oogieloves in the Big Balloon Adventure may not be the solution, as its apparently quite bad and no one saw it.  But I'd argue that it's a step in the right direction.  It's a matter of serving all audiences in a varied marketplace with films for all theoretical demographics.  It's about making films for kids as opposed to making sure that the four-quadrant stuff isn't 'too much' for younger audiences.  It's about making more films like National Treasure right alongside films like Captain America.  I must admit that I like the idea of The Oogieloves in the Big Balloon Adventure, a genuinely G-rated 'appropriate for pretty much anyone' live-action film, and not one based on a prior property to boot.  There is a market for pure kids fare, as the Diary of a Wimpy Kid series, the Narnia franchise, and the recent series of kid-friendly concert documentaries have proven.  But films like those are seemingly few and far between, with nothing to truly fill the void between 'too young to go to the movies' and 'old enough to see The Avengers'.  I don't think The Oogieloves in the Big Balloon Adventure deserved to be a big hit, but I do think it represents something somewhat worth championing.  There is something to be said about live-action big-screen entertainment that is not only appropriate for young children but explicitly directed at them.  Now that we've got Hollywood back on track making adult films on a more regular basis, it's time for them to correct the problem at the other end of the scale.

Your turn.  What kids films do you remember loving while growing up?  What age-inappropriate films did you get to sample at a young age?  Is it enough that kids have a wealth of animated features to choose from, or is the live-action kids film a staple worth saving?  Discuss below.

My parents let me watch Saturday Night Fever when I was 8 because I liked the soundtrack. It has quite a bit of profanity and so forth in it.

As far as kids films that I liked as a kid, I was really into Return to Oz. I do miss those sorts of movies. Disney made a lot of them in the 70s and 80s. Particularly with Halloween coming up, I think it would be great if there were more genuinely scary horror movies aimed at kids. You can be scary and creepy without gore and sex.