Go big or go home. Why, in an era when mainstream films are stuck in limited release, the relative successes of The Debt and Our Idiot Brother matter. 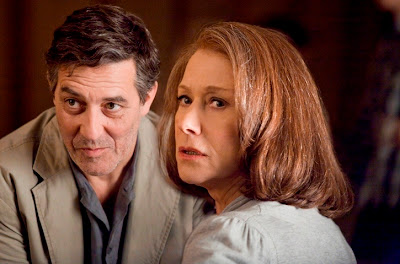 Normally I would not spend a column championing a small $5 million comedy that is on track to gross over $30 million as anything other than a 'gee, I like when that happens'.  And while there are many reasons to praise the $14 million six-day opening of The Debt, the most surprising thing about it is that Focus Features debuted the film wide enough to achieve that kind of opening in the first place.  In a movie-going world where any number of seemingly mainstream pictures die in the art-house, peaking at 500 screens and unable to capitalize on mainstream buzz or word of mouth, kudos to the Weinstein Company and Focus Features for just opening these movies the old fashioned way.  They may have sensibilities that differ from the most popular versions of their respective genre.  Our Idiot Brother is (allegedly) a bit more painful and quirky than a Judd Apatow film, while The Debt is closer to John le Carré than Jason Bourne.  But they are both damn-well mainstream entertainments, and both films will be quite profitable because their respective studios treated them as such.

If you've read this site for the last year or so, you've probably heard me complain a number of times about what one might call the 'mainstream art-house film'.  In the last several years, we've noticed a disturbing trend of seemingly mainstream pictures, with big movie stars, mainstream production values, and more-or-less mainstream stories, being dumped into art-houses hoping for a successful expansion that never really comes.  We all crowed last year about the limited-release successes of Solitary Man, Cyrus, and/or Winter's Bone.  But none of those films topped $8 million at the domestic box office.  More importantly, all three of those films (along with several others in any given year) were the kind of seemingly mainstream vehicles (a Michael Douglas mid-life crisis dramedy, a dark comedy with John C. Reilly, Jonah Hill, and Marisa Tomei, and an intense rural thriller about family loyalty in the face of crippling poverty) that likely would have received a mainstream release just a few years ago.  The same goes this year, where the well-liked (by myself and others) Cedar Rapids failed to reach $7 million despite weeks of successful art-house expansion last Spring.  And Everything Must Go (out today on DVD - go rent it!) was not the usual Will Ferrell comedy, it was not so off-putting that it could not have survived with a semi-wide release.  Even if it 'tanked' in wide release, the film as is grossed just $2.7 million.  Does anyone think a somewhat well-marketed Will Ferrell comedy couldn't open to at least three times that much, if not substantially more? 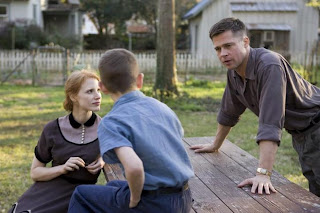 And let's not forget The Tree of Life.  Yes, a Terence Malick tone poem about (to quote Douglas Adams) 'life, the universe, and everything' was never going to be one of the bigger hits of the summer.  But a well-reviewed Brad Pitt family drama (which is what it would have been sold as) could certainly net an opening weekend of at-least half of its eventual $12 million domestic gross.  Fox Searchlight promised an eventual wide release in July that never came, and it never played at more than 237 screens.  I cannot count the number of people who asked when it was coming to their town, waiting for their Malick-fix that never came.  Again, I would be a fool to say that the film could have been a $100 million+ wide-release grosser.  But the audience was there for this picture, and Fox Searchlight never capitalized on the early-June momentum.  Just what would have happened if Fox Searchlight had just released the damn thing on 1,000 screens during the first weekend in June?  Okay, so it wouldn't have battled X-Men: First Class for the top spot, but would a $10 million opening be that absurd?  Even if the film did turn off mainstream moviegoers, you'd still be looking at a $30 million grosser for the $32 million picture, meaning the $26 million in overseas dollars would have left the film in profitability before its Blu Ray release.

Obviously this is all speculation, and does not take into account the marketing costs of wide releases, even if I'd argue that marketing a targeted smaller picture is much cheaper than marketing a Transformers sequel.  But the last two weeks has shown that it CAN work.  Our Idiot Brother was written off by some after its $6 million opening weekend.  But that number means the film earned back its production budget of $5 million in just three days.  Plus it was more or  nearly more than Beginners, Solitary Man, Cave of Forgotten Dreams, Cyrus, Cedar Rapids, and Winter's Bone grossed in their entire theatrical runs.  It was nearly triple what Everything Must Go grossed last May.  With $17 million thus far, it has already out grossed or will soon out-gross such 'successful expansions' as Jane Eyre ($11 million), Win/Win ($10 million),  The Ghost Writer ($15 million) and The Kids Are All Right ($20 million).  The only platform release that has out-grossed Our Idiot Brother this year is Woody Allen's Midnight In Paris.  But in order to achieve that, Sony Classics had to roll the dice, unleashing the film on over 900 screens in its fourth weekend and hoping that mainstream audiences would respond.

Two things in closing.  First, obviously, you can still go for a wide or semi-wide release and still tank horribly, as Take Me Home Tonight ($3.4 million opening weekend) and Dylan Dog: Dead of Night ($874,000 opening on 875 screens) shows.  But those films surely would have done even worse if they had never been allowed out of the starting gate.  Second, there is a hunger for adult-skewing mainstream films with recognizable stars that aren't necessarily overly broad comedies or big-budget fantasy adventures.  Had The Debt and/or Our Idiot Brother been platformed to death, both films would likely have been lucky to gross $10 million total.  But because their respective studios were willing to open them wide enough to reach audiences living in places other than New York and Los Angeles, these smaller films will be enormously profitable.  Tree of Life was the only film this summer that grossed $10 million or more while playing on less than 1,000 screens. Only two films (Take Me Home Tonight and the PG-13 re-release of The King's Speech) that played on over 1,000 failed to at least reach $10 million in domestic box office in 2011.  Point being, if you have a film that plays to more than just the art-house crowd, better to risk drowning than not even bother to swim.