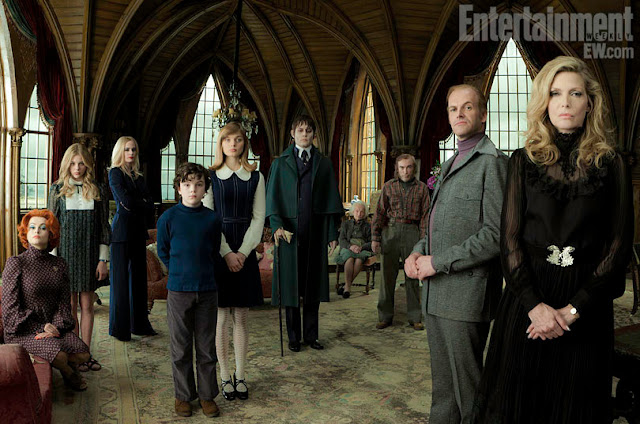 Anyway, it looks pretty sharp, and Depp's make-up certainly looks less weird than the paparazzi photos that made him look like Michael Jackson.  I know nothing of the Dark Shadows television show and would prefer to keep it that way so as to judge this picture as open-mindedly as possible.  It's no secret that I'm not the world's most optimistic Tim Burton fan at the moment, but the horror-fan has never actually dabbled with vampires before, so it would seem that this is something more than a paycheck job.  It is probably too much to hope that Warner Bros. lets this out with an R-rating, but that would certainly be a step in the right direction.  Come what may, the picture will be released on May 12th, 2012 (alas, the second weekend-of-summer death slot), so we'll see.

Judging from Helena and Johnny's appearance, they replicate what Grayson Hall (Julia) and Jonathan Frid (Barnabas) looked like on the original TV series.

The 2nd weeknd of summer isn't always doom, 09 had Star Trek do pretty well since Origins was atrocious equating to similar word of mouth. And depending on the budget it may not have to do blockbuster numbers.