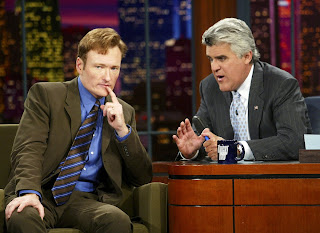 The embed isn't working for whatever reason, so you'll just have to click above to go to the CBS site. I don't think the situation is as simple as good vs. evil or David vs. Goliath. But few can argue that Conan O'Brien and Jay Leno both got screwed by the NBC brass, and that O'Brien won the PR war while Leno got what he wanted in the first place, which was not to be forced out of The Tonight Show. I'm still aghast that NBC managed to mess up the late night situation more than they did back in 1993, when Johnny Carson retired without an heir to the throne. Even more amazing that this all came about because NBC specifically announced an heir five years in advance this time around. Anyway, it's a good chat and well-worth watching if you've been following the mess.