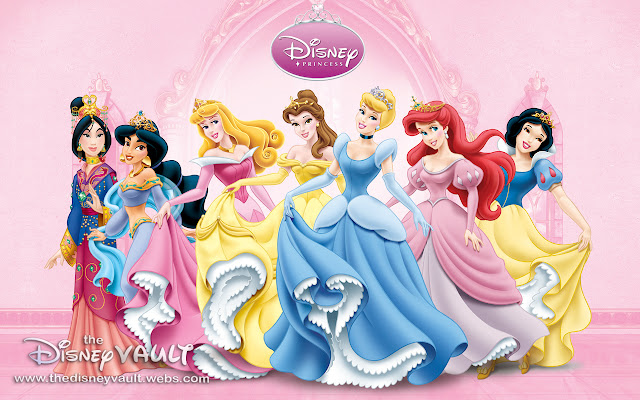 There is a spot near the beginning of Peggy Orenstein's Cinderella Ate My Daughter: Dispatches from the Front Lines of the New Girlie-Girl Culture that details the origins of the Disney Princess brand that originated around 2000.  Long-story short, the compromise for allowing all of the various Disney princess characters to appear on the same merchandise was that they not actually interact with each other in any way.  You may not realize it, but you've never actually seen a Disney Princess t-shirt or storybook with Jasmine and Belle playing tennis together or Aurora and Cinderella picking out party gowns.  They are always staring either at us or off into the distance, but never at each other.  I bring this up because in the midst of all the 'who should be in Expendables 3' or 'who should be in that female Expendables spin-off', I realized that Disney was in fact practicing a remarkable bit of restraint when it came to financially mining their properties.  Imagine: Jasmine, Belle, Mulan, Cinderella, Aurora, Pocahontas, Snow White, Ariel, Tiana, Rapunzel all in one spectacular adventure to do some kind of derring-do and/or saving the proverbial day.  Of course since most of their arch villains are suffering from a slight case of death, the already-established antagonists would be pretty limited (although Jafar and Dr. Facilier would be the easiest to resurrect since they both perished via magic).  But putting aside the whole 'art' argument, can you imagine how such a film wouldn't gross hundreds of millions of dollars in theaters?  Can you imagine how many untold millions of DVDs or Blu-Rays such a thing would sell? Say what you will about the alleged greed of the Walt Disney studios, but it says something that they haven't leaped at such a seemingly obvious opportunity to rake in untold amounts of money.

So, should Disney register "The Princessables" already?