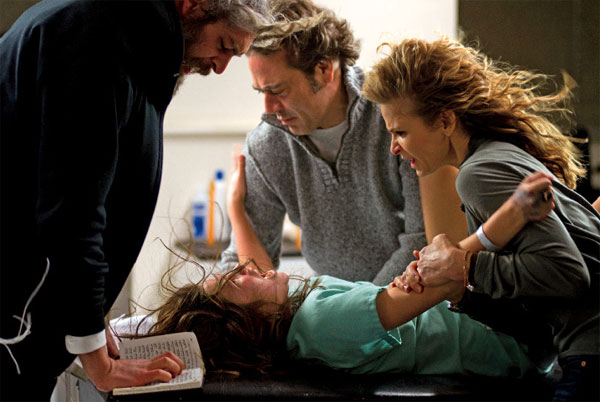 It's another mixed bag at the box office this weekend, with serious drama and horror tussling with a brand new family film. With last weekend being the lowest grossing of the year so far, studios will be looking for something, anything to turn things around.  The widest opening release this weekend is the Sam Raimi produced, The Possession. It stars Jeffery Dean Morgan and Kyra Sedgwick as a divorced couple whose daughter, Em, becomes obsessed with opening a Hebrew-inscribed box she bought at a garage sale. When her behaviour becomes erratic, the parents blame it on the recent trauma of their divorce. However, things quickly escalate, leaving them forced to scramble for an explanation and a solution, scientific or supernatural, for whatever is attempting to destroy their daughter before its too late. Raimi acts as producer, via his Ghost House Pictures company, with Ole Bornedal directing. Bornedal shot to fame with the 1994 Danish film, Nightwatch (he also directed the 1997 English-language remake) and won acclaim with I Am Dina in 2002. Raimi and Bornedal are no strangers, the former having acted as distributor on the laters 2007 comedy/horror flick, Vikaren (aka The Substitute) via his Ghost Pictures subsidiary, Underground. The director was drawn to The Possession from the initial script, seeing it as an allegory for divorce, rather than a straight scare flick. The core device in the film, the Dibbuk box, is actually based on a real life item, said to be haunted by a spirit from Jewish folklore.


The box first featured in a story by Kevin Mannis, who came across the item in 2001. When he tracked down the daughter of the original owner, she refused to take it back. The box has passed through a number of owners since, who have reported tales of terrible bad luck and it is said to have been directly responsible for two deaths. Many people have since contacted Mannis and current box owner Jason Haxton, detailing ways in which it has affected their lives, for the worse. However, noted psychologist Christopher French has stated that if people already know of the Dibbuk box's legend, it is easy to blame any misfortune on it. Kyra Sedgwick was amongst the first to sign up, and Jeffrey Dean Morgan was compelled to sign after seeing her audition tape. As Em, Bornedal cast Natasha Calis, a young actress who made her screen debut aged just seven. With a $17.5M budget attached, shooting took place early 2011, in British Columbia. With filming and post-production out of the way, the picture sat on the shelf for close to a year, not receiving a trailer until May 2012. While The Possession has a bigger marketing campaign and a much wider roll out than The Apparition(released last weekend), the similarities in theme are there. Whether the public give this scare flick the chance that one never had, remains to be seen. 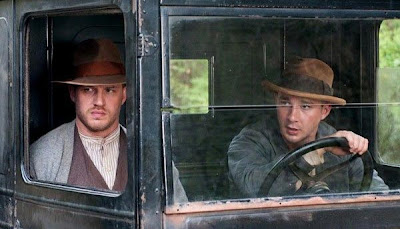 Lawless is based on the Matt Bondurant book, The Wettest County in the World, a prohibition set story dealing with Bondurant's great grandfather and uncles who ran a moonshine business in Virginia. Work on a film adaptation began a number of years ago, with musician Nick Cave writing the screenplay for director John Hillcoat. The duo first worked together on the 1988 film, Ghost of the Civil Dead, and would re-team on the 2005 blood-soaked western, The Proposition. Cave (along with Warren Ellis) also provided the music for the both of those films, along with Hillcoat's adaptation of The Road and this new film. With a completed script, the picture moved into pre-production in late 2009, casting Ryan Gosling, Michael Shannon, Paul Dano, Amy Adams and Scarlett Johannson as the main players. But, on the eve of shooting, the production fell apart as a result of funding issues. The project was then put on hold, with a view to move forward once new finances could be secured. Indie studio Sony Red Wagon eventually backed the project, but with so much time having passed, the original leads were no longer available to return.

Instead, Hillcoat cast Shia LeBeouf, Tom Hardy, Gary Oldman, Jessica Chastain and Mia Wasikowska, with shooting finally getting underway more than a year since the collapse of the original production. The cast wasn't the only thing to change, with the film's title becoming The Promised Land, then reverting back to The Wettest County...before finally settling on Lawless in March 2012. The story, like its source, follows three brothers who run a moonshine business. With things initially going smoothly, trouble rears its head in the guise of Guy Pearce's Special Agent Rakes, a man intent on getting a cut or putting an end to the brother's and their business. The situation is complicated (and bloodied) further by the boy's employer, the gangster Floyd Banner (Oldman). The teaser debuted in March 2012, and was followed by a standard trailer, featurettes and clips, with a violent red-band trailer arriving online just last week. Lawless screened at Cannes back in May to mixed reviews, but at the time of writing, is fairing much better in North America. The picture certainly has pedigree, both in front and behind the camera, and there's only limited competition in current release. However, on the down side, its bloody action may put off the very people it is aimed at. Furthermore, will people be willing to pay to see what could essentially be an extended (thought exceptionally well cast) episode of Boardwalk Empire? 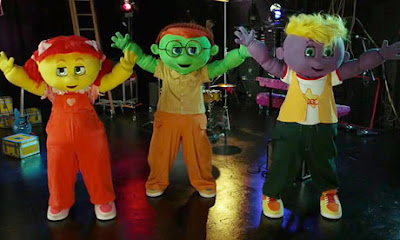 Our final release is family feature, The Oogieloves In The BIG Balloon Adventure. The film's journey to the screen is a curious one and emerged from a dispute that producer Kenn Viselman had with Anne Wood, creator of the Teletubbies. Viselman, who was responsible for localising the costumed kid's show andThomas the Tank Engine for the U.S market, had tried and failed (on a number of occasions) to convince Wood to allow him to move forward with a Teletubbies movie. He then found inspiration in the oddest of places - while watching the audience participating during a screening of Tyler Perry's Madea Goes To Jail. Seeing how the crowd 'interacted' with the movie, telling the characters what to do (and not to do), he was compelled to reinvent the family movie as an interactive experience.

From this, he created The Oogieloves, a film in which the audience are encouraged to shout, sing and dance along with the on-screen action. The plot see the Oogieloves (Goobie, Zoozie and Toofie) on a quest to recover five magical balloons needed for a birthday party. Along the way they encounter all manner of characters, including Lero Sombrero (Christohper Lloyd), Rosalie Rosebud (Toni Braxton) and Marvin Milkshake (Chazz Palminteri). The picture also features Jaime Pressly, Carey Elwes and Cloris Leachman. With no TV show to hang the series off (the hope being the movie will spawn its own TV show), The Oogiloves will have to succeed on its own hype and interactive elements. That last feature may actually make parents reluctant to see it, along with all but the youngest of children. Viselman certainly has confidence though, managing to secure the picture a 2000+ location roll out. Are we looking at the future of the cinematic experience?
Posted by Scott Mendelson at 6:30 AM