2010 is the worst year for movies ever, just like every year before it. 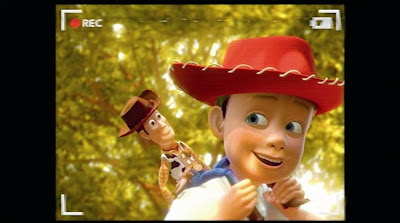 Yes, yes, 2010 is the worst year for movies EVER, screams Joe Queenan of The Wall Street Journal. There have been plenty of years where I felt 'this is the worst year/summer ever', especially as, yes, I've gotten older. Part of it is nostalgia, as I remember the years past through rose-colored glasses. I remember the great moviegoing experiences (my dad taking me to a jampacked advance-night screening of Jurassic Park... best moviegoing experience of my life) more than the bad ones (my dad taking me to see an afternoon matinee of Airheads that had me feeling guilty that it turned out to be such a stinker). But looking back at years that I didn't care for, there are still more than a few movies that are so good that they all-but redeem the year. We forget about the bad movies and only remember the good ones. When people discuss 1972, they discuss The Godfather, Deliverance, Sleuth, and Sounder. They do not mention Horror at Snape Island, The Revengers, or The Last of the Red Hot Lovers. When we think of 1996, we remember (depending on our taste) Fargo, Independence Day, Paradise Lost: The Child Murders At Robin Hood Hills, Get on the Bus, Mission: Impossible, Big Night, or Star Trek: First Contact. But I'm betting most of us haven't given a second thought to Sargent Bilko, Eddie, or Striptease in fourteen years.

Sure, I may have complained that summer 2001 was a stinker, but who among us really knew how wonderful The Lord of the Rings: Fellowship of the Ring was going to be just a few months later? I would never think for a moment to trade away the crap of Pearl Harbor or Planet of the Apes if it meant losing the sheer triumph of The Lord of the Rings or the curtain raiser that is Harry Potter and the Sorcerer's Stone. 2010 has been one of the lesser years in my memory, but it has still given us Toy Story 3, Inception, How to Train Your Dragon, Mother, the awesomely awful Mega Piranha, and Winter's Bone. When looking back over a year in film, we don't need every film to be good, we just need an occasional Pulp Fiction or Being John Malkovich to remind us why we're still in this game. If it means we have to sit through Iron Man 2 to appreciate Inception, it's worth it. If experiencing Toy Story 3 means that I'll also have to watch the upcoming Alphas and Omegas, it's a fair trade to me.

Also of note, as Lauren Feder seems to acknowledge after Queenen's screed, many of the alleged classics that Joe Queenen brings up were NOT universally beloved in their time. Robin Hood: Prince of Thieves got mixed reviews at best, with many complaining about its darkness, violence, and the weakness of its lead performance. The Matrix only became a 'classic' after the fact, as frankly do most films considered classics (would you believe that the New York Times panned Goldfinger back in 1964 because Bond didn't get laid enough?). And as for 'no Slumdog Millionaire on the horizon', part of the appeal of Slumdog Millionaire is that it took audiences somewhat by surprise. We (in general) rarely see the classics as classics when they are first released. We overpraise American Beauty and trash Fight Club, not realizing which one will truly stand the test of time. We pan There's Something About Mary only to then complain that Me, Myself, and Irene isn't as great as There's Something About Mary. Today's Marilyn Manson is tomorrow's Beatles.

We complain that things are worse/different than they were in our youth, and then our kids will do the same when they are our age. There are just as many good movies made now as there were at any time. Granted, you may have to seek them out. You may have to go to an arthouse theater, you may have to order IFC On Demand, you might have to watch them on cable, or you may have to troll around Netflix for a minute. But the quality is out there and more accessible than ever before. When 2010 is discussed and remembered, we won't be talking about Jonah Hex, The Bounty Hunter, The Last Airbender, Sex and the City 2, or The Wolfman. We'll be fondly remembering the dozen or so movies we loved from this year, be they Toy Story 3, Inception, The Kids are All Right, something great coming this fall, or some other little gem that only you 'truly appreciated' (I say Shanghai Knights is one of the best films of 2003 and I'll challenge anyone who disagrees). We remember the movies that are worth remembering. Everything else is collateral damage. After all, we need to sit through Percy Jackson and Olympians: the Lightning Thief to truly appreciate how special the Harry Potter series really is. To quote one of the last decade's very best films, if everyone's special, then no one is.

That ought to keep the junkets coming.

Since I'm only at 3 memorable movies while being slightly halfway through the year, I'll be ecstatic if I somehow even get close to a dozen.

I understand your point about there being gems this year. But, overall, this has been one of the worst summers for spending time in the theater for quite a long time.

And, frankly, pointing out that that there have been a few good movies is a Straw Man that avoids the point.