On the eve of cancellation, a look back at 24's first groundbreaking season. 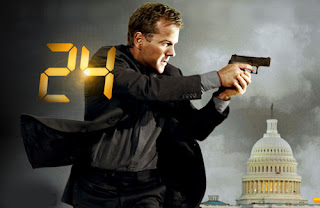 As most of you know, it was officially announced yesterday that Fox's 24 would be ending its run at the conclusion of its eighth season. I'll have more to say about that later, but for now I'm publishing this college essay I wrote at the conclusion of the show's first (and still best) year. Looking back over this piece, I am again amused by those (on both sides of the political isle) who were shocked... SHOCKED in the middle years to discover the moral gray zone that this show operated in. Not only has the show always dealt with moral characters making immoral decisions to preserve morality, that has been what the show was about since day one. Enjoy this nearly eight-year old piece of film-school writing. And yes, this covers the WHOLE first season, so a big fat SPOILER WARNING...

All in a Day’s Work
How 24 played with suspense conventions to become a near-perfect 17-hour thriller
originally published on May 29th, 2002
There is an old saying that proclaims simply that no good movie is ever too long and no bad movie is ever too short. While this is not completely true, it does relate to a common principle that a good movie is one that we do not want to end. To accomplish this task for two hours is an impressive achievement. But, to carry an audience along for twenty-four chapters, with a single story uncoiling over the course of seven months is a miracle. Granted, the “film” in question is a season-long television show. But, artistically superior in every way, Fox’s first season of 24 is worthy of the very best in the thriller genre. 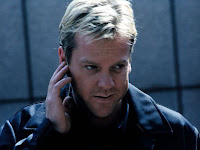 The general plot, in brief concerns Counter Terrorism Agents Jack Bauer (Kiefer Sutherland) and Nina Myers (Sarah Clarke) in their attempts to prevent leading presidential candidate David Palmer (Dennis Haysbert) from being assassinated by secret forces who may have moles placed within the agency. To make matters worse, doped-up teenagers have apparently kidnapped Jack’s daughter, Kim, and her friend Janet. His wife, Teri, will soon be in danger as well. To the surprise of no one, those two plots eventually become connected. Meanwhile, Palmer must deal with an internal scandal within his campaign that will pit his family against one another. The central gimmick is that the show unfolds in real time over one twenty-four hour period, at one hour per episode (time is allotted for commercials).

Obviously, the extended format gives the creators great leeway to slowly raise tension levels while also fully developing all the major characters. If suspense occurs when desires are blocked, then having the storyline take place over seventeen hours (without commercials) was a successful way to keep the tension ratcheted. The long format allows the audience to relate to all of the allegedly heroic characters so that when a character is revealed to be a mole both in episodes eight and twenty-three, we are affected. The first episode establishes one of the key factors in building apprehension by climaxing with the mid-air explosion of a crowded 747 from which a conspirator escapes. With this shocking act, the series establishes that human life is completely expendable. This is cemented in episode two when a major starring character, Jack’s boss (Michael O'Neill), is killed in a shootout. Not only are random bystanders expendable, but also so are the apparent stars. Throughout the entire arc, it is clear that every character is in constant jeopardy. 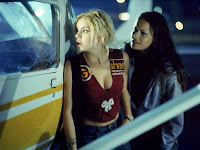 The creators also exploit television conventions to play games related to Loker’s guilt rules. First of all, it allows the heroic characters to make many human blunders, some of which cost innocent lives. Since most TV watchers find it exciting to witness shocking events, be they weddings, births, or deaths, the makers understand that viewers of 24 will, perhaps on a subconscious level, actually want to see major characters being murdered so they can say they witnessed “the event.” Thus, the creators occasionally give the audience what they want, implicating them in such acts as the episode six suffocation of a hospitalized Janet by a man claiming to be her father (the father’s body was found in a trunk in the previous episode). We are horrified but also exciting both because the story has taken a shocking turn, and because taboos are being shattered. We were curious as to whether the show will have the nerve to brutally kill off a fifteen-year-old girl. When Janet and other non-villains are bumped off or threatened with execution, we feel guilty because we wanted it to happen both because we wanted to be shocked and because we feel that the show (and by extension us) has gotten away with something.

There are several points throughout the series when Jack is forced to choose between saving his family and saving Palmer. Specifically, there are a few instances where Jack is ordered by villains to partake in Palmer’s assassination under threat of his wife and/or daughter’s death. Thus, Jack is torn between two horrible choices. The audience is torn as we wish neither Palmer nor the Bauer family to perish, but it seems that A cannot be saved without sacrificing B. There is also a key scene in episode seven where Jack is ordered to kill Nina, his partner and former lover, under the same threat. Although he is able to avoid murdering her (he has secretly slipped body armor on her and unloads into her chest), the audience is given a few moments to wonder which option he should choose. And so the story moves along, slowly explaining itself and its characters with several noteworthy set pieces. There is a real time shootout in an abandoned building in episode two, which is filled with the scariest kind of dead air. There is a terrifically tense encounter in episode seventeen between a suspect and a Palmer campaign aide who, after realizing that her new boyfriend was an assassin, has offered to plant a tracking device on him. Sure enough, the encounter again surprises and concludes not by having the terrorist murder the young female aid but rather have the aide murder the killer in a fit of scorned rage. 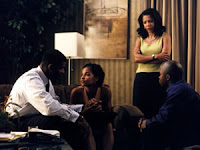 As far as categories are concerned, 24 falls squarely in the realm of moral confrontation. Aside from following the guidelines as offered almost to a tee (the sole difference is that the main villain is introduced only near the end), the show concerns a duel between Jack Bauer and the forces of evil. But the show also deals with moral ramifications of an act committed by Senator Palmer’s son, which may or may not constitute murder (his son confronted a kid who had raped his sister, and the rapist then plummeted to his death). While Palmer’s wife and his campaign leaders want to cover it up, Palmer is torn as to how to handle the situation. Alas, both he and his son decide to come clean when people who work for him go behind his back and murder an individual with possibly incriminating information. Since we like Palmer and want him to become president, we are also relieved by and thus implicated in that murder. It is worth noting that although Palmer and son eventually make a public statement about the incident (after which Palmer’s approval ratings actually go up), we are never given a definitive answer as to whether or not the son actually committed murder. 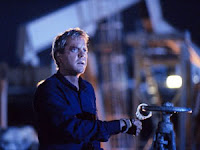 Also muddying the moral waters is the whole motivation for the assassination plot. It is orchestrated by Bosnian despot Victor Drazen who wants revenge for a Black-Ops mission that resulted in the death of his wife and daughter (Jack was the team leader and Palmer ordered the botched hit). To the show’s credit, Drazen (Dennis Hopper) is actually given a speech in which he acknowledges blame for placing his family in harms way but still questions the difference between Jack’s actions and the Drazen plot that is unfolding. And, in the final episode, Bauer viciously pumps lead into an unarmed and surrendering Victor Drazen, thus at last losing the moral high ground. And yes, the audience is implicated by their cheering of Jack’s actions despite their immorality. But Jack, and thus the audience, is punished severely for it. In the final half hour, Palmer decides to leave his wife due to her dubious actions involving the attempted cover-up of her son’s actions. Nina is exposed as a mole for a third party unrelated to Drazen. After Teri unfortunately walks in on Nina as she is talking to her contact, Nina sees fit to tie Teri to a chair to buy time for her escape. Although Jack catches Nina as she is leaving, he resists the urge to kill her. Only after Nina is detained does he realize that Nina has shot his pregnant wife in the heart, and the story ends with Jack cradling his dead wife, sobbing and apologizing to her over and over again. Both Palmer and Bauer have saved their children and saved their jobs, but they have both lost their wives. 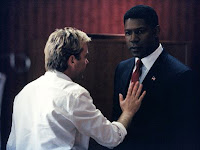 The climactic execution of Teri is worthwhile for two reasons. First of all, it keeps the suspense going, as we do not know whom in fact Nina was working for and now have a reason to want to continue to watch. Thus our curiosity is not completely satisfied so there is still suspense even before season two even begins (this the general purpose of your standard cliffhanger). Second of all, it implicates the audience in one last murder. In a show that has allowed us to cheer and anticipate the potential for violent death of innocent victims for the sake of shock-value, the final shot leaves us both mortified and excited. We are horrified as this extremely likable character has been callously shot by another character who we until recently liked and respected. We are excited, as the show has again surprised us and we now have a reason to become involved again when the show returns next year. And finally, we are again disturbed by our own excitement. We wanted these shocking plot twists and we got them. According to lectures, the last item of the moral confrontation thriller is the analysis of the ambiguity of the moral issues.

The masterstroke of 24 is that, in the end, the moral issues in question are not just the actions of the characters, but how we spent the last “day” constantly rooting for blood.
Posted by Scott Mendelson at 10:17 AM