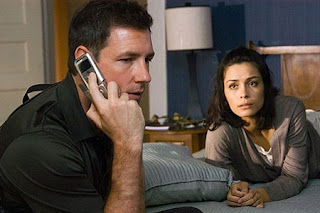 As we wind down 2008, we will take a moment to mention two films that began and ended the year, that managed separate but wholly fantastical feats never before seen in the film world thus far. Let us take a moment to reward this special brand of excellence.

Distinguished Awfulness - One Missed Call.
It wasn't any worse than the usual 'bad Asian remake/knock off of bad Asian horror' genre picture (as opposed to good Asian remakes like Dark Water). But this first major release of 2008 (1/4/08) did manage the astounding feat of securing a ZERO (0%) positive rating on Rotten Tomatoes. Zero out of seventy-two reviews. Ladies and gentlemen, in my ten years or so of following Rotten Tomatoes, I have never, ever seen such a monument to mediocrity. And that's really what it is. If the film had been spectacularly awful, surely someone would have enjoyed the gonzo stupidity and given it a pity B-/C+. If it had been noteworthy in any way, surely some critic would have given it a positive review just to increase exposure for their website. But, no, it was just there, lifeless and pointless and completely unworthy of merit or notice. 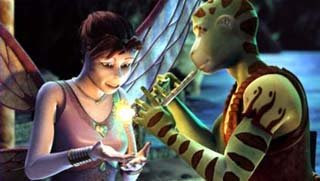 Distinguished Emptiness - Delgo
Budgeted at $40 million and starring such vocal talents as Burt Reynolds, Anne Bancroft, Val Kilmer, Jennifer Love Hewitt, and Freddie Prinze Jr, this animated film was distributed by Freestyle Releasing. If you've never heard of them, you will now never forget them. For whatever reason, Freestyle Releasing decided to launch Delgo on 2160 screens, but they decided not to do that thing... that thing were you tell people that your movie is coming out... oh, yeah, advertising! So, without advertising and with no built-in awareness, Delgo was unleashed into theaters on December 12th, 2008, to the deafening sounds of... nothing. Silence would be too kind a term. The opening weekend tally- $511,920.00. By far the worst opening for a wide (1000+ screens) in the history of modern box office.

Let's do the math. Per screen average - $237 per screen/theater (not that anyone was showing this on multiple screens). Per screen per day average - $79.00. Toss in five showings a day (it's a short film): $15.80 per showing. National average movie ticket price: $6.88 per ticket. So, using those numbers, we can surmise that each showing of Delgo over that opening weekend had 2.3 people in the theater. Fine, let's acknowledge cheaper matinee and kids prices and round it up to three. On the opening weekend of Delgo, the average screening was attending by three people. Wow.

Posted by Scott Mendelson at 8:50 AM

To Freestyle's credit, they are an independent freelance distributor that doesn't cover marketing costs--the film's producer does that. They've also released a few Uwe Boll films (Bloodrayne, In the Name of the King and, I think, Postal).

I think the producers thought word of mouth would spread. Sadly, they grossly overestimated their product, which apparently is a giant rehash of themes and ideas stolen from Star Wars and Lord of the Rings.

The saddest thing about that film is that it was financed by one guy who basically used his life savings to make the film. Guess he'll be working the deli counter the rest of his life.

Learn to spell. Having an opinion is fun, isn't it?

Didn't spell anything wrong. Neither did Scott.

Keep your mouth shut and don't be a jackass. It's really not becoming of you :)