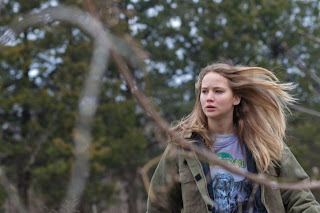 These two paragraphs originally ended the Summer Movie Preview: Box Office Review article, but after some prodding, I've decided to highlight them in their own post, as they deal with two specific issues worthy of note.

With all the babbling about 3D vs. 2D, at the end of the day it was still the movie. Sure The Last Airbender was helped by 3D ticket prices, and Shrek Forever After had a leggier run than Shrek the Third due to its ability to hold onto premium 3D auditoriums, but at the end of the day, it's all about the movie. Oh, and that would-be flop Shrek Forever After? Yeah, while it 'only' made $237 million in domestic sales, it grossed $720 million worldwide and is the second-biggest global grosser of the summer and topped the $480 million worldwide gross of the first Shrek by 50%. Cats and Dogs: The Revenge of Kitty Galore still tanked in 3D ($42 million domestic), because no one cared about the film. Piranha 3D was probably hurt by its 3D, since 2D screens were hard to find, audiences were asked to pay $15 a ticket for admitted schlock. Step Up 3D didn't break any new franchise ground despite being the first live-action film since Avatar to actually be shot in 3D rather than converted after the fact (no flop, the $40 million picture has amassed $113 million worldwide). As long as studios can pay $5-10 million for a conversion that allows them to charge $5+ more a ticket, the 3D gimmick isn't going away. But unless the technology improves, it will soon just be 'that thing that makes it too expensive to take my family to the movies'.

Second of all, as we glance at the independent cinema that broke out this year, we notice a disturbing trend. Pretty much every major arthouse hit this summer is something that would have been a mainstream release ten or even five years ago. A quirky comedy with John C. Reilly, Jonah Hill, and Marissa Tomei (Cyrus - $7.3 million in domestic box office), a taut thriller set in rural Missouri (Winter's Bone - $5.6m), a comedy about parenthood and dysfunctional families starring Julianne Moore, Annette Benning, and Mark Ruffalo (The Kids are All Right - $20m), a Michael Douglas midlife crisis dramedy (Solitary Man - $4.3m), and a Depression-era drama with Robert Duvall and Bill Murray (Get Low - $5.6m). These are all, at their core, mainstream dramas and comedies with actual movie stars (or in the case of Winter's Bone, a genre picture with a star-making performance). The fact that these releases were relegated to the arthouse theaters so that Shrek Forever After could play in 2D, 3D, and IMAX 3D at one time is a troubling sign of where our mainstream cinema is headed.

Your comment about "art cinema" was spot on. We vote with our dollars as long as people pay for tripe that is what they are going to get.