The summer blockbuster no one sees coming... 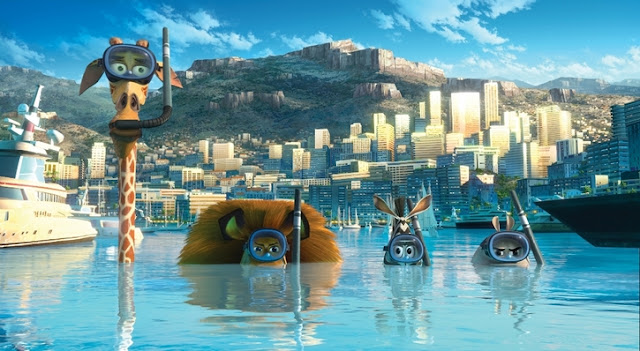 By the time Madagascar 3 is released in America on June 8th, it will have been just over three months since the last major family-friendly film.  Mirror Mirror ($159 million and counting off an $85 million budget) and Pirates: Band of Misfits ($23 million here and $85 million overseas off a $55 million budget) certainly weren't flops, but we've seen what amounts to a dearth of family fare over 2012.  Surely that's due to the epic traffic jam that was pre-summer 2011, which saw six major animated features (Gnomeo and Juliet, Rango, Mars Needs Moms, Hop, Rio, and Hoodwinked 2) debuting between February and April, all of which were somewhat handicapped by the sheer volume of concurrent product.  This year we didn't have a single major *new* kid-friendly feature until March 2nd, as as a result Universal's The Lorax powered to an eye-popping $70 million in its opening weekend before ending up with $209 million domestic.  We are currently in the middle of another similar drought.


While you could arguably say that the PG-13-rated The Avengers is 'all-ages entertainment' (the only reason I won't take my 4.5-year old is because she won't sit through a 140-minute movie), the truth of the matter is that this summer is so lacking in kid-fare (or really any fare at all, there are only six wide releases in May) that AMC Theaters is holding a discounted Pixar-movie marathon over Memorial Day weekend.  For $6 a pop, you can see one of four Pixar movies being shown in rotation all weekend long.  Ironically, for a marathon that is specifically about filling an under-served kid audience, the four Pixar films (Ratatouille, Wall-E, Up, Toy Story 3) are arguably among their most adult pictures.  Anyway, point being, the family audience is painfully starved right now, which means that quite a few families are going to be wanting something... *anything* to take their kids to over the hot June weekends.  The Lorax scored $70 million in the middle of the school year.  Madagascar opened with $47 million over its the Fri-Sun portion of its 2005 Memorial Day weekend ($61 million over four days) while Madagascar 2 opened with $63 million in the first weekend of November 2008.

Even just applying the 1.34x increase between sequels gives this new third film a $84 million opening weekend, which sounds about right for this time around, especially giving the 3D bump.  One could argue that the similarity between the two film's three day and four-day totals means that the openings are merely doing the same amount of money with however many 'weekend days' they have to work with.  But call it a hunch, call it the fact that an entire generation of young kids have grown up watching those murderous penguins and singing "I Like to Move It, Move It!", combined with the stunning lack of kid-friendly fare this summer (boy do I feel stupid explaining to my daughter why I won't take her to Snow White and the Hunstman), and you have I believe a recipe for a very very large opening weekend.  Yes I'm sure Pixar's Brave will open with the usual $60-70 million two weeks later. It may very-well out-gross Madagascar 3 in America by the end, although worldwide may be a different story (Dreamworks cartoons have been plowing past $500 million globally without breaking a sweat these days).  Don't be surprised when the alleged break-out sensation that is Prometheus gets clobbered on June 8th by a bunch of hyper-sensitive zoo animals.

Nope. Kung Fu Panda 2 seriously disappointed last summer and Madagascar has already proven itself to be a franchise of diminishing returns. Avengers is appealing plenty to kids and Men in Black will as well.

I am not feeling the Brave buzz either. Could it be the first Pixar to not gross 100M domestic?

Kung Fu Panda 2 opened on the tale-end of a crapload of kids' flicks. Heck, the $63m opening weekend of Madagascar 2 would be about $80m today with inflation and the 3D-bump. I'll eat crow too if need be, but a $85m-$90m debut would not surprise me at this point.

Since it's looking at a high fifties opening, I say we compromise!