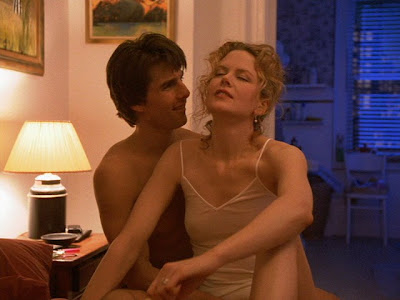 As seems to happen every year, bloggers, critics, and pundits are up-in-arms over an Oscar-bait film being awarded or threatened with an NC-17.  As usual, the film in question is a critically-acclaimed adult film with strong sexual content.  And once again, the many people arguing about this are missing the real problem.  Yes, it's annoying that ultra-violent horror films like Saw VII get R ratings while adult films with somewhat explicit sexual content get NC-17 ratings.  And yes it's annoying when somewhat more sensationalistic sexual content like that found in Black Swan gets an R while the apparently mature and allegedly thoughtful sexual content in Steve McQueen's Shame gets tagged with an NC-17.  But the problem is not with the rating, but with the enforcement of said rating.  Put simply, if major theater chains were willing to carry NC-17 pictures and mainstream media outlets would carry advertising for NC-17 pictures, then the debate over what film got what rating would be moot.  As it is, the problem with the NC-17 is not its seemingly arbitrary application (IE - far more likely for sex than for violence), but how it is viewed by the industry and the general moviegoers.

Almost since conception, the NC-17 rating has been 'illegitimate', not the 'for truly adult films' rating that it was intended, but another way to ghettoize adult films in the same way that the X was ghettoized due to its association with pornography.  As it is, until a major studio takes a financial risk by allowing a major motion picture to be released in 2,000-3,000 theaters with that NC-17 rating, the rating will continue to be a blockade against the mainstreaming of adult films with adult sexuality.  We had a chance twelve years ago, but Warner Bros. let it go.  As you probably recall, the MPAA initially tagged Stanley Kubrick's Eyes Wide Shut with an NC-17 prior to its July 16th, 1999 release.  Warner Bros was in a bit of a pickle, since Kubrick had actually passed away several months prior.  So Warner Bros. was in the position of basically having to alter the final film from a legendary auteur without his consent or risk the financial peril that the NC-17 brings.  Instead of being brave, they merely put CGI-figures over the offending sexual content, creating something akin to the Austin Powers films (the running gag where nudity is obscured by random objects or other people walking in and out of frame).

But what if, way back when, Warner Bros. had stood its ground?  What if they had decided to not alter the film and release it as intended?  Would the theater chains who otherwise would refuse to carry NC-17 films really turn down a big-budget 'erotic thriller' starring Tom Cruise and Nicole Kidman at the height of their fame?  Would the various media outlets really not conduct press for the movie, thus turning down interviews with the most famous Hollywood couple around at the time?  And if the film had gone into wide release as it was originally shot, what would have been the result?  Were there that many adult moviegoers who flocked to see a clearly adult erotic picture starring Cruise and Kidman who would shunned the film without that precious R?  The picture as is opened with $22 million before somewhat crumpling (it was sold more as a thriller than the drama that it was) and ending up with $56 million domestic and an additional $106 million overseas on a $65 million budget.  Assuming that the film had been on the same number of screens and received the same amount of pre-release publicity, does it not stand to reason that the film would have made about the same amount of money even with the dreaded NC-17?

The NC-17 will continue to be a 'scarlet letter' until a major studio is willing to risk releasing a major genre film with that adults-only rating and basically dare chains like AMC, Regal, and Cinemark not to carry it.  Be it an ultra-violent horror film or action picture, or a sexually-charged genre film, the NC-17 will not be saved by the moderate success of small-budgeted art-house fare like Shame or Lust, Caution.  Of course, in a post-Columbine era where Sony is taking a financial risk merely by releasing a big-budgeted genre thriller (The Girl With the Dragon Tattoo) with a mere R rating*, we're a long way off from that.  We may have had our best chance to salvage the NC-17 and the very idea of mainstream adult cinema twelve years ago.  And now it's gone...   As always, share your thoughts below.

More of this nature -
How the Columbine shootings and Joe Lieberman killed the R-rating in 2001 HERE.
Why educational films like The Tillman Story should have trimmed for the lower rating HERE.
Last year's MPAA Oscar-bait controversy HERE.
Posted by Scott Mendelson at 10:21 AM

See, I think a studio might actually be brave enough to do that today, but it's all about having the right product (ie; preferably one without any major financial worries).