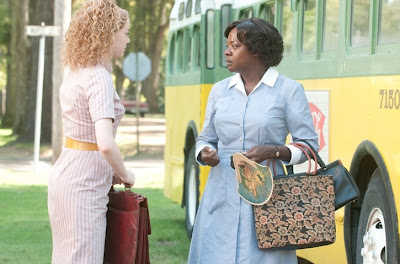 It's a little sad when a drop of just under 50% is considered leggy, but here we are.  Rise of the Planet of the Apes dropped 'just' 49% in its second weekend, which was strong enough to once again claim the top spot at the box office.  The well-received franchise reboot earned $27.8 million in weekend two, for a ten-day total of $105 million.  The number puts it well-ahead of movies that opened with similar numbers in summers past, such as I, Robot ($95 million after ten days), X-Men ($99 million), X-Men: First Class ($98 million), GI Joe: The Rise of Cobra ($98 million), and The Incredible Hulk ($97 million).  It is comparatively down from Tim Burton's still-lousy (just watched it again this weekend) Planet of the Apes, which opened with $69 million back in 2001 and ended its tenth day with $123 million.  However, this much-better received and much cheaper variation is falling at a smaller rate, so it has a chance of catching up to the $180 million earned by the Burton re-imagining ten years ago.  The film is doing the usual Fox magic overseas as well, as it has $179.6 million worldwide, which makes this a HUGE win for the $93 million production.

Coming in at second place, but hobbled over the weekend by a Wednesday opening, was The Help.  The much-anticipated and much-debated Civil Rights-era drama earned a terrific $26 million over the Friday-Sunday portion of the weekend and $35.9 million since opening on Wednesday.  Three things of note - The film would clearly have won the weekend had Disney opened it on a Friday, and it would have easily won the weekend had Disney decided to convert the Emma Stone/Viola Davis drama into 3D (such a move would have netted the film around $31 million for the weekend and $42 million over five days).  The film played 74% female and 60% 35 years and older, which makes the opening all the more impressive (as all know, older audiences don't generally rush out on opening weekend).The picture had stunning legs over the whole weekend, pulling in a terrific 6.5x multiplier over the long weekend and a stunningly good (for this day and age) Fri-Sun multiplier of 3.4x.  Finally, along with a Cinemascore of A+, the film pulled off the rare feat of earning more on Sunday than it did on Friday.  Point being, pundits may carp about the film's very existence (yes, there are too few minority-driven films that are not told from the minority point of view, but how is the movie itself?), but it's going to be around for awhile and likely figure into the Oscar season.  As always, I'm amazed at how many people outside a given minority group are so quick to gang up on a film that deals with a given minority group and call it 'racist' or 'not healthy' for said group (I think they can make up their own minds, thank you).  It's a perfectly fine movie with strong performances across the board, and it's easily as much Davis's movie as it is Stone's.  If you're one of those who protested that an esteemed actress of color like Viola Davis had to play a maid, well then I'm sure you're always first in line for the newest Tyler Perry movie and/or fare like Jumping the Broom... right?  And I'm sure you were first in line to see her supporting turns as an authoritative and thoughtful therapist in It's a Funny Kind of Story and/or Trust, right?  Right? 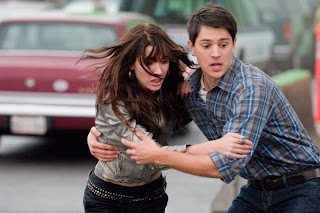 Coming in at third place was Final Destination 5 (review), which opened well-below the last installment ($28 million two years ago) and just under the third installment back in 2006.  The film still opened with a solid $18 million, although once you factor in the 3D bump and inflation, it's the least-attended opening weekend since the original opened with $10 million back in 2000.  Some of this is mere series fatigue, as horror film franchises just can't keep going up forever.  More likely, it was a situation similar to the Saw franchise.  Both long-running horror franchises saw two lousy sequels hurt the brand to such an extent that the newest installment, despite being a VAST improvement, suffered at the box office from many viewers just giving up.  And of course, the 3D was a big selling point back in summer 2009 (four months before Avatar), but now Final Destination 5 is just another 3D attraction (albeit one that more than earns your 3D dollar if you so choose).  Still, these films remain pretty cheap, so we may yet see another Final Destination 6 in two or three years time.  The picture played 54% male and 50% over/under 25 years old.

Also somewhat disappointing this weekend was the $13.3 million debut of 30 Minutes or Less.  Still, it's a cheap ($28 million) film that got lousy reviews, starring those box office dynamos Jesse Eisenberg, Aziz Ansari, and Danny McBride.  The premise may also have been a hindrance, since it's based on a true story about a guy who was (according to whom you believe) willingly or unwillingly forced to rob a bank with a bomb strapped to his chest and then blown up for his troubles.  Anyway, the film didn't have the star power of Bad Teacher ($97 million), the crowd-pleasing hook or Horrible Bosses ($110 million), or the 'important social monument' of Bridesmaids ($167 million), so it was probably never going to open all that big.  It certainly wasn't as overtly commercial as director Ruben Fleisher's last film, Zombieland.  As the summer of the R-rated comedy comes to an end, the important thing was not that they were all big hits, but that there were enough of them that not all of them had to be huge successes to prove to the studios that there was a marketplace for adult comedies starring adult movie stars and/or with adult premises.  Anyway, 30 Minutes or Less will likely tap out at under $30 million, but it's not the end of the world for anyone involved. 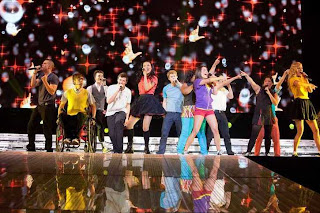 The last major opener was Glee: the 3D Concert Movie, which was basically a last-minute addition to the summer schedule, which makes its lousy box office performance more-or-less irrelevant.  Yes, the film grossed $5.9 million over the weekend, which is very sad and all.  But the concert film cost just $7 million and had minimal advertising.  The theatrical release itself was arguably just a glorified ad for the DVD/Blu Ray release.  The fans of the show (myself included) had little desire to see something that was just a concert variation of something they could see on TV for free in less than a month.  This wasn't a cheap alternative to a sold-out concert tour whose tickets were going for $1,500 a pop online ala Hanna Montana/Miley Cyrus: The Best of Both Worlds nor was it the last filmed performances of a defining and recently deceased artist of our generation like Michael Jackson: This Is It.  This was basically just a documentary about a relatively popular summer concert tour that Fox decided to convert to 3D and toss into theaters.  It didn't stick, but no harm no foul this time around.  The audience was 79% female and 66% under 25 years old. So if I had been a younger single-er guy trying to pick up girls, there would be worse places to be this weekend.

In holdover news, The Smurfs crossed the $100 million mark this weekend, and it's doing gangbusters business overseas, with a $242 million total in just seventeen days.  Cowboys and Aliens now sits with $81 million after seventeen days, but much of its overseas markets remain untapped.  For now, it is indeed the biggest whiff of the summer, although I'd argue that Green Lantern (which made more but cost more) is the far more damaging flop ($114 million domestic, $176 million worldwide thus far) as it hurts the DC Comics brand name over the long haul.  In better news, Captain America crossed $150 million this weekend, as it looks to finish just a bit behind the $180 million haul of Thor (it's nearing $300 million worldwide).  The $50 million-costing Crazy, Stupid Love crossed $55 million this weekend, despite being well, crazy and stupid.  The Change-Up sits with just $25 million after two weekends, as the $50 million comedy both wasn't nearly as bad as you've heard and still cost way too much for what it had to sell.  Oh, and Senna, about Brazilian Formula One racer Ayrton Senna earned $73,497 on two screens.  Call me impressed when it expands beyond two carefully-selected screens and still does decent business.

It's another stupidly crowded weekend next week too, as four major releases (Conan The Barbarian, Spy Kids: All the Time in the World, Fright Night, and One Day) square off.  Of note - the first three of those (a franchise revamp, a sequel, and a remake... joy) are all in 3D, while the other Anne Hathway/Jim Sturgess vehicle is opening on just 1,600 screens.  Point being, don't be that idiot that screams "Anne Hathaway FLOPS!" if One Day opens to well-under $15 million next weekend.  Until then, keep reading and commenting, and enjoy this clever Spy Kids 3/Tron: Legacy mashup which proves yet again how uninspired Tron: Legacy really was.

Why the small amount of screens for One Day?

Senna's been a big sleeper hit here in Dublin, mainly amongst women. F1 is more popular around here. Still the tragic story, and it's beautifully paced telling, plays like a classic tearjerker . I've heard about loads of women, and maybe a few guys, crying in the cinema. So the same could happen in the US.