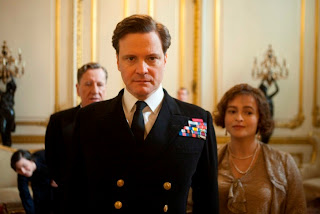 By Oscar night, at least five of the ten Best Picture nominees will have crossed $100 million, with The Fighter possibly being the sixth. Ironically, much of The Social Network's momentum was based on how much it had made ($95 million) and how that gross for a purely character-driven drama was a testiment to how well it connected to the public. What will the argument be when it enters Oscar night as the fourth or fifth lowest-grossing nominee in the pack? The ten-nominee thing is new enough to affect the math, and The Hurt Locker was a fluke, as the lowest-grossing Best Picture winner in modern history (had Avatar not been set up by the media as the Goliath of the nominees, The Hurt Locker could not have so easily slid in as the proverbial David). Generally speaking, one of the two highest-grossing nominees amongst the traditional five nominees ends up winning.

Using that math, Toy Story 3 ($415 million) and Inception ($292 million) are the front-runners, but we of course know that's not the case at the moment. 127 Hours ($11 million), Winter's Bone ($6 million), and The Kids Are All Right ($20 million) are the arthouse pictures that were thrown a bone, a positive side effect of the ten nominee process. So, if we only count 'traditional Oscar nominees', then it comes down to a fight between Black Swan ($83 million), The Social Network ($95 million), The Fighter ($72 million), The King's Speech ($57 million), and True Grit ($138 million). By Oscar night, all five of the 'main contenders' will have grossed at least $95 million. True Grit has passed $100 million, while Black Swan and The King's Speech are sure to join it in the century club in the next few weeks. The Fighter has a shot (it's falling a little faster than The King's Speech and Black Swan), but more likely it will get over the hump after Melissa Leo and/or Christian Bale win their respective categories. Point being, by Oscar night, The Social Network will no longer have one of its trump cards, that its high box office take somehow makes it a film that speaks to a mass audience in a relevant way.

What does this mean? Well, the race still feels like a two-way fight between The King's Speech and The Social Network, with True Grit playing the spoiler. But it does mean that the ten-film nomination process may in fact change the way that box office affects the Best Picture race, which is arguably a good thing.

Thanks for posting this - an interesting and persuasive analysis.

Small query: in the last paragraph, by 'effect' do you mean 'affect'? The latter seems to make more sense to me.

Um... LOOK MONSTER! (Hurriedly fixes typo) Why whatever do you mean? Looks fine to me.

Um... LOOK MONSTER! (Hurriedly fixes typo) Why whatever do you mean? Looks fine to me.