Audiences want family films? No, they want good films. Why family films have a higher batting average for quality. 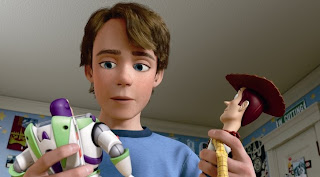 Here's a novel idea: Toy Story 3 is making bank because it's the best big-studio movie of the year and audiences have already noticed. Steven Zeitchik of the LA Times is wrong. Audiences are not flocking to family films because of some rebellion against adult pictures. Audiences are flocking to family pictures because the kids-flicks are better than the adult movies at the moment. Audiences want good films, period. Sure, critics and audiences may disagree on what is 'good', and lousy all-ages pictures like Alice in Wonderland or teen-centric movies like Transformers: Revenge of the Fallen may be massive hits despite their lack of quality. But at the end of the day, if studios make a good movie and can open the picture through marketing, audiences will usually respond. The Hangover didn't gross six times its opening weekend because it tapped into some kind of zeitgeist. It grossed $277 million off a $44 million opening weekend because it was good. How to Train Your Dragon didn't slowly pull in $215 million from a $43 million opening weekend because audiences suddenly remembered that they had kids. It stuck around because it was a terrific movie, and those that initially saw it fought like hell to make sure their friends and family saw it too.

The Karate Kid was unique amongst the summer fare in that it was arguably the lone big summer movies that based its marketing campaign on the idea that it was a good movie. The marketing did not base its campaign on the fact that is a sequel to a movie you liked two years ago (Iron Man 2), or a film you had an obligation to see if you were a female (Sex and the City 2), or a desperate knock-off of a movie you loved ten years ago (Robin Hood), or a dumbed-down version of a 25-year old TV show that was pretty dumb to begin with (The A-Team), or something that vaguely resembled action/fantasy franchises that you really liked over the last decade (Prince of Persia). Sony sold the character work of Jaden Smith and Jackie Chan and the inherent drama in the story that was being told and got audiences, young and old, into the theater based on the promise of quality. Of all the big summer movies thus far, Sony's The Karate Kid campaign was the only one that had faith in the quality of the film they were selling. And since The Karate Kid was actually an emotionally compelling and engaging movie, audiences are responding accordingly (Toy Story 3 came with the Pixar badge of quality, so they didn't have to push too hard).

And, for the record, the article in question discusses the relative failures of The Bounty Hunter and Kick-Ass. Well, let's compare the former to the break-out family film that opened on the same weekend as The Bounty Hunter. Yes, Diary of a Wimpy Kid cost $15 million while the Aniston/Butler caper cost $40 million, but The Bounty Hunter actually made $3 million more in domestic grosses and $71 million more worldwide. And Kick-Ass did not disappoint anyone who had any real knowledge of the industry. The film was made for a cult audience, and it is that cult audience that showed up. In the end, the Lionsgate picture made $95 million worldwide on a $50 million acquisition and marketing budget. When you factor in the countless nerds who will buy the DVD or Blu Ray, Carl Icahn won't have too much to complain about (Killers is a problem, but only because the glorified B-movie cost an absurd $70 million).

At the end of the day, the equation is a pretty simple one. Family pictures cannot depend on violence, sexual content, profanity, or taboo subject matter to entice audiences. If a family film wants to be compelling to an audience, the only tools they have at their disposal are the basics: writing, acting, and directing. The only trump card they have is a good story well told. This is the same reason that TV has been consistently better than the mainstream cinemas for the last seventeen years or so. While family pictures have severe content restrictions, television has severe budgetary restrictions. Two problems, same solution - plotting and acting.

It's why Toy Story 3 is a more emotionally-engaging adult drama than anything else released in mainstream cinemas this year. It's why 80s remake The Karate Kid is turning into a word-of-mouth sensation while 80s TV adaptation The A-Team will struggle to make its money back. It's why my favorite movie of 2004 was The Incredibles, why my favorite movie of 2006 was Akeelah and the Bee, why my favorite films of 2007 were Meet the Robinsons and Ratatouille, why my favorite film of 2009 was Up, and why my current favorite pictures of this year are Toy Story 3 and How to Train Your Dragon. Opening weekend is always about marketing, but the second weekend is often about quality. And, statistically speaking, you're more likely to find quality in big-studio releases for younger audiences than you are for teens and adults. It seems that audiences seeking 'adult' big-studio movies that don't feel like cartoons written for toddlers have no choice but to seek out animated and/or family fare. As always, it's the movie, stupid.

Great article. You are right on. How To Train Your Dragon was bliss for me because it had been awhile since I remembered why I loved movies. I smiled at every skilled turn of the film and never looked at my watch to calculate when it would be over. LOL A lot like, Up! last year. I do find it sad, though, that most of my favorite films the last couple of years have been animated films. I'd like to feel as good about some live action films for a change. Thanks for the insights.