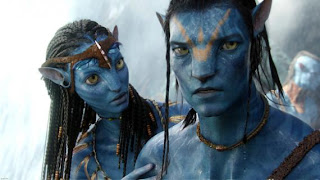 The good news is that Avatar screened in America and London today, and the critics are confirming everybody's best hopes. The bad news... we were here back in December 2005. This smells like King Kong all over again. Early reviews are fantastic, as the film ends up being better than even the cynics thought. That breeds unrealistic expectations of record box-office and Oscar glory. But when the film opens just like a regular smash hit (due to running length or other reasonable variables), the press turns, calls the film a failure and we all spend the next four years forgetting how much we liked the film in the first place. I loved King Kong and still do, so hopefully history does not repeat itself.

"The biggest shot of pain has to be felt at Fox, where everyone knows full well that Avatar will be happy to gross $72 million over it's entire weekend."

Still sticking with that statement? ~pisys

Fraid so. Remember Steve, the biggest December opening in history is 'just' $77 million (I Am Legend). Number two is $72 million (the Fri-Sun portion of Return of the King's opening weekend). Heck, the biggest opening weekends for a non-sequel/franchise/adaptation/star-vehicle are The Day After Tomorrow ($68 million) and 2012 ($65 million). Expecting untold record-setting is what got King Kong into trouble, so lets just hope that the movie is good, it opens well (anything over $50 million), and it does the 4-5x its opening weekend that's normal for a mid December release. Besides, I'm guessing that it's the overseas markets where the movie will really kill.