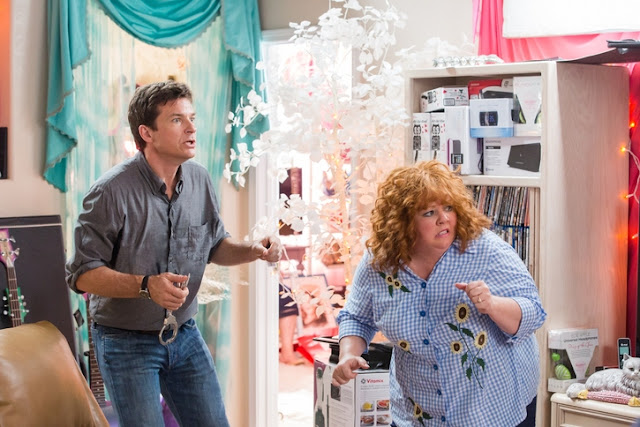 Melissa McCarthy is officially a comedy mega-star.  There can be little dispute of that after this weekend.  Identity Thief topped the box office this weekend with an astonishing $36.5 million and I'm at a loss to think of any reasons it would do so well aside from Ms. McCarthy.  Jason Bateman is a terrific actor and a fine foil, but he's box office poison as a lead (The Switch opened with $8.4 million, Extract opened to $4.3 million, and The Change-Up debuted with $13 million).  The film's simple and self-explanatory title, along with the clever expository tagline ("She's having the time of his life.") surely helped, as did the lack of any big comedies in the current marketplace.  Parental Guidance and This Is Forty are both doing stealthy strong business, with $74 million and $67 million thus far respectively, but this is the first big star comic vehicle in awhile and it delivered in spades.

This was McCarthy's first big test of her alleged stardom.  Identity Thief was completely sold on McCarthy's new-found stardom.  The core imagery was basically her face on the poster, slipping a Slurpee next to a befuddled Jason Bateman. This is a much larger debut than Bridesmaids, the film which catapulted her to fame and proverbial glory back in May, 2011.  This is among the ten-best R-rated comedy debuts ever and the fifth-best for a non-sequel.  Heck, it opened bigger than the PG-13 Couples Retreat, which had a proverbial whos-who of comedy players (Vince Vaughn, Jason Bateman, Jon Favreau, Malin Akerman, Kristin Davis, and Kristen Bell) and managed a $34 million debut back in October 2009. Fox has to be thrilled at the moment, knowing that they have a plausible gold-mine in the Melissa McCarthy/Sandra Bullock action-comedy The Heat waiting in the wings for June of this summer.

Jim Carrey has basically stopped trying to be a box office champion (to the betterment of his career, I'd argue). Adam Sandler is retreating the safety of unnecessary sequels after the relative disappointments of Funny People, Jack and Jill, and That's My Boy.  Will Ferrell alternating between pure comedy vehicles and borderline art films like Everything Must Go (and also retreating to the safety of unnecessary sequels).  None of the above are going anywhere, but McCarthy may very well be the next surefire comedy opener for awhile, as the $36.5 million figure puts near the upper-regions of said Carrey/Ferrell/Sandler vehicles.  The film received terrible reviews and pulled a B from Cinemascore. But even if word of mouth hurts the film, we're still looking at a $35 million production that should crack $100 million domestic without too much effort.

The film played 58% female and 57% over 30 years old.  It has a good shot at becoming the de-facto 'second choice' of general/adult moviegoers in the next month, along with the also R-rated A Good Day To Die Hard.  Sure it's allegedly terrible and no this doesn't mean McCarthy can necessarily open anything other than a broad comedy, but that's something in an era where would-be movie stars are defined more by their ability to garner magazine covers and TMZ-esque media attention than their actually to open movies, McCarthy may-well be a new honest-to-goodness movie star.  Or this could be her Sweet Home Alabama, a perfect mix of a certain movie star (Reese Witherspoon) in a certain movie that appeals to a large swath of the populace and whose success is never replicated again.  We'll see... 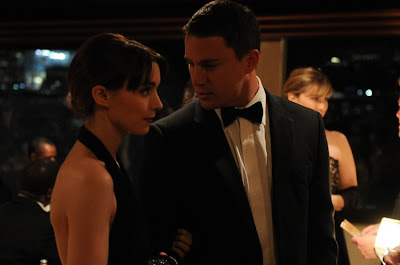 Speaking of theoretical movie stars, it may be tempting to write off the $10 million debut of Steven Soderbergh's Side Effects (allegedly his last theatrical feature) as a knock on Channing Tatum.  Like Mark Walhberg, Tatum followed up an incredibly 2012 with a comparatively weak 2013 entry.  But as I mentioned above, certain stars score in certain genres.  Tatum found three projects last year (The Vow, 21 Jump Street, and Magic Mike) that were perfectly tuned to his strengths as a performer and his worth as a box office draw.  Side Effects, in which he was accurately advertised as having a supporting role (he's basically "the husband"), is a dark and moody psychological thriller that isn't quite as likely to bring out those who merely enjoy Channing for his beefcake appeal and/or his every man persona.  This was no more likely to open like Magic Mike than The Soloist was to open like Iron Man.

Soderbergh certainly has as many box office smashes (Ocean's 11) as he does whiffs (The Good German) and/or 'success related to low budgets' (The Informer!) entries, and this $30 million thriller clearly falls in that third category.  Rooney Mara may be one of the more promising actresses of her generation, but she's not box office. And Jude Law may be a fine thespian and a terrific foil, but he's never ever been 'box office' either.  There's not much to say about this one.  Open Road produced this one and allegedly spent just $20 million on marketing, so $25 million here and $25 million overseas will lead to eventual break-even status.  It's not a financial windfall, but sometimes you do it just to be the studio that distributed Steven Soderbergh's last theatrical picture.

Other than that, the only major release, if you can call it that, is the 200 screen IMAX 3D release of Paramount's Top Gun.  The film comes out on 3D Blu Ray this month, which is pretty much the point of this glorified advertisement.  The film earned a decent enough $1.9 million, which is actually better than the $1.6 million that Raiders of the Lost Ark earned in its IMAX rerelease last September.  That Paramount picture earned another $3.1 million in advance of its Blu Ray debut, so Top Gun is looking like adding another $4 million to its coffers, or enough to get it over the $180 million mark. What's notable is that this was once intended to be a major re-release but was downgraded to IMAX-only.

It seems like the whole 3D reissue will live or die depending on the performance of Jurassic Park 3D in April.  Also worth noting is that Paramount seems to have tapped into a limited, but profitable, new revenue stream.  There surely isn't enough of an audience of people wanting to see Top Gun on a big screen converted to 3D and/or IMAX, but there is a limited enough audience to justify such a thing on just a couple hundred screens, especially among people who have already pre-ordered those Blu Rays.  This won't set the theatrical world on fire, but using IMAX is a nice way to serve the limited marketplace for such nostalgia-fueled re-releases. 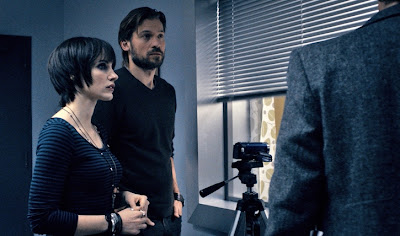 The rest of the holdover news is pretty cut-and-dry.  The Silver Linings Playbook crossed $90 million this weekend, leaving Zero Dark Thirty ($83 million, no slouch itself) in the dust and still holding on as the dark horse Oscar contender (as well as Best Actress front runner).  Speaking of Oscar, the new Best Picture front runner, Argo, now has $123 million. Les Miserables has $144 million domestic while Django Unchained has $342 million worldwide.  Mama now has $64 million, making it the biggest grossing non-sequel supernatural horror film since the original Paranormal Activity back in 2009.  Hansel and Gretel: Witch Hunters now has $43 million and has an outside shot at $60 million, although a $55 million domestic finish would be fine considering how well it's doing overseas (it's well over $65 million in foreign markets).  Finally, not to be outdone, Warm Bodies held okay in its second weekend, earning another $11.5 million (-43%) and giving it a solid ten-day cume of $36.6 million.

That's it for this weekend.  Join us next time for a massive Valentine's Day/President's Day release slate, as A Good Day to Die Hard (review Wednesday) and Beautiful Creatures (review Thursday) face off against Safe Haven and the animated Escape From Planet Earth. Until then, cheers!

Good reporting as always. Why do you continue to add a "the" to the title of Silver Linings Playbook? I've noticed you've also done this with Moonrise Kingdom in the past. Neither of these films have "the" in the title.

How convenient you neglect to mention Horrible Bosses among Bateman's hits (as well as give him ZERO credit for Identity Thief), yet you label him "B.O. poison" for Extract (another Mike Judge film the studio screwed over) and The Switch (co-starring Jennifer Aniston, who may be the female version of Bateman- surround them with enough talent, and they won't damage a movie as long as they aren't the #1 draw); also, if that was a shot you made re. the upcoming Anchorman sequel (now with Kristen Wiig!), I would say that's less "unnecessary" than Steven Daldry's last three dreadful, Oscar-baity "work"...

This is what happens when I cut for space...
Jason Bateman was arguably the proverbial lead, but it was an ensemble piece with a simple and appealing premise with several well-liked comic actors (along with yes Aniston). Do I really think Jason Bateman is all-that responsible for Horrible Bosses's $34m debut? Not really. Is he turning to a point where he's been around long enough that putting him in a film and surrounding him with others makes him a token "in favor" element? Sure, but he's not a box office draw, nor should he have to be at this point. And yes, I think the expiration date on Anchorman has long since passed, but we'll see.

Force of habit. I'll watch out for that next time.